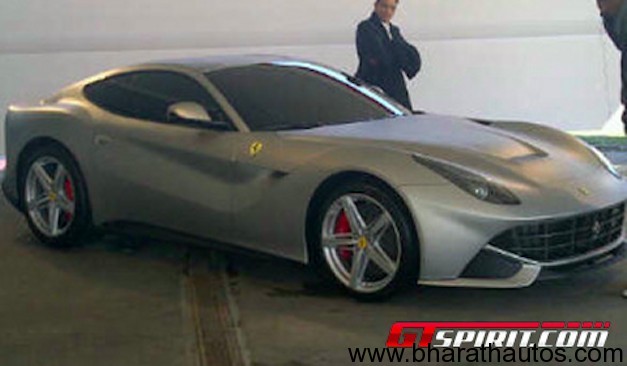 What you’re looking at here is the first image of the much-talked-about Ferrari 599 successor that will debut at the 2012 Geneva Motor Show next month. Known as the 2013 Ferrari F620 GT, the image of the car leaked on GTspirit before its official public debut. From the leaked shot, it seems to take plenty of inspiration from Ferrari’s latest supercar, the Ferrari FF.

Ferrari had announced that official images of the anticipated supercar will be revealed on February 29. Since Ferrari made this announcement, speculations, rumors and spiced up stories on auto news websites are hogging the spotlight. If the latest reports are to be believed, the F620 GT, successor to 599 GTB will have a 6.3 liter V12 engine that boasts of 740 bhp power and 690 pound feet torque.

Earlier this week, Ferrari released a teaser of the new F620 GT saying that it will be ‘the most powerful Ferrari ever.’

Ferrari 599 GTB successor, 620 GT to be unveiled in Geneva on 29th February