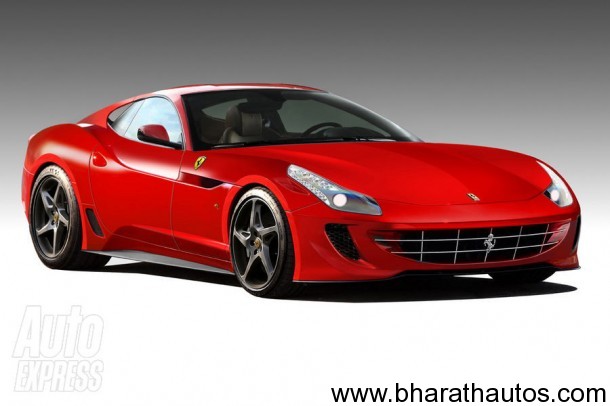 Fiat owned Italian sports car brand, Ferrari might just give everybody a pleasant surprise within a day or two. We all know that during the Geneva Motor Show next month, the Italian car manufacturer is going to unveil their all new sportscar, which will be replacing the 599 GTB. Now we hear that the new Ferrari sportscar is going to be christened 620 GT and Ferrari is planning on officially unveil the car, prior to the Geneva Motor Show, on the 29th February.

Ferrari officials have preferred not to comment on this report, they are neither agreeing nor disagreeing. Ferrari 620GT will be powered by a 6.3L V12 engine which will generate peak power of 700 bhp. Transmission will be taken care by a seven speed dual clutch gearbox. We are not sure whether the new Ferrari 620 GT will be a four wheel drive or a rear wheel drive. Expect Ferrari to reveal details of 620 GT on 22nd.

See the teaser video of the new Ferrari 620 GT –