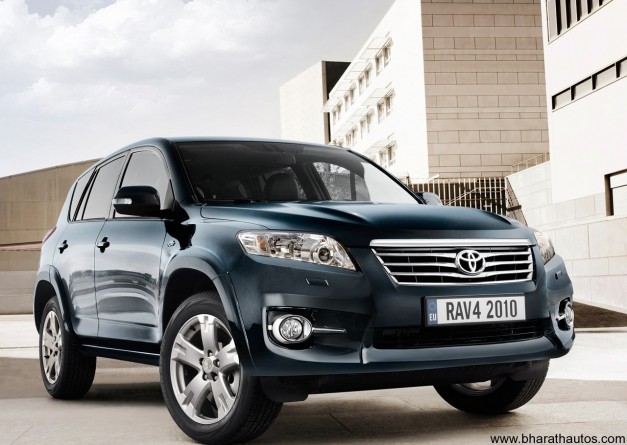 At the end of the day, it is Toyota to decide if it’s going to launch its rumored new SUV on the low budget Etios platform or might incline towards trying the RAV4 platform instead.  The rumours gained strength when a tweet emerged out of the blue and spread out in the car market like wild fire.  Getting down to the brass tracks, if rumors are to be believed, the proposed Toyota SUV is likely to be built more on the lines of the Etios platform. The 5-seater is what the information points out to. Moreover, a reasonable price tag in the range of Rs 10-Rs 12 lakhs could work wonders to any new car with Toyota branding.

Toyota Innova is the only car in the MPV segment which can be termed as the traffic puller for the auto major in this specific price bracket. While Toyota Land Cruiser sits far too high in the luxury segment with above Rs 80 lakh price tag, Toyota Fortuner has its own place in the premium SUV segment.  So, it becomes imperative for the auto major to introduce a model in the likes of Toyota Innova in view of the growing competition in the market. Introducing the Toyota Etios twins was definitely a right move at the right time by Toyota India, but did it garner the sales as the company had hoped. Yes, it did to certain extent. Though, the petrol Toyota Etios twins did not play the trick, the diesel variants did just that?

However, we cannot rule out the disappointment of consumers finding the Etios twins way out of the Toyota’s league. Therefore, though not present in India, we can only hope the new SUV to be built more on RAV4 platform. To fill in the details to those who don’t know, the Toyota RAV4 is offered in the Japanese and few other European countries, but unfortunately not in India. So, if the new SUV is built on the RAV4 platform it might work in two ways. One, it will not be considered a cheap model any more, the other, it will fill in for the RAV4 deficit in India. Reaching out for the stars, the Japanese car manufacturer is now expected to launch the revamped versions of its two ace players Toyota Fortuner and Toyota Innova.