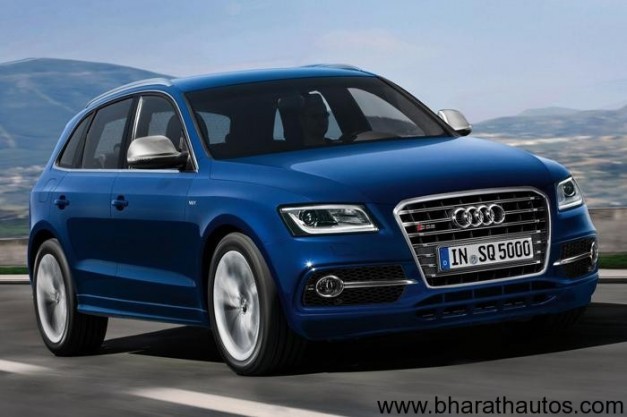 Audi has added a new top-end variant to its Q5 line-up, the new 2013 Audi SQ5 TDI. And before going into detail, simply by breaking down the nomenclature, you guessed right if you thought that means a sporty version of the Q5 TDI.

Powered by the brand’s 3.0-litre twin-turbocharged diesel V6, the Audi SQ5 develops 313hp and a whopping 479 lb-ft of twist. With all that torque ready to boot at 1450rpm, the 2013 SQ5 will jaunt to hundred in just 5.1 seconds and goes all the way to a limited top speed of 250kph. As this is a diesel, the fuel economy is much better to look at, standing at 13.8kpl. Channelling that power through Audi’s Quattro all-wheel drive transfer case is an eight-speed auto cog swapper with torque-vectoring at both axles.

Anyway, the SQ5 rides on a lower ride height than the normal Q5 TDI, by 1.18 inches. Electromechanical power steering was added along with 20-inch alloys with optional 21’s available. The black-painted brake calipers on the front axle sport special S badges. 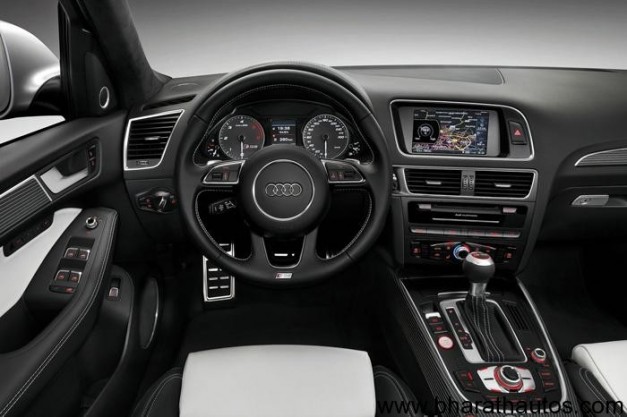 Other differences include some exterior tweaks such as a more aggressive front and rear fascia, a more pronounced roof spoiler, Audi S-traditional aluminum-capped mirrors, and much more.

The new 2013 Audi SQ5 will start at a price tag of Rs 40.9 lakhs. Bookings for the Audi SQ5 TDI will start from October this year with deliveries slated for early 2013, but it is unclear whether this car will come to India.