The first ever leaked pictures of Audi A3 are already revealed, which is yet to make its debut at the Geneva Motor Show. From the Audi A3 images here, we get a clearer idea about the car, its exterior design, interiors, space, dash, boot, and much more. Audi A3 three door hatchback, in all its glory looks very similar to Audi A6, A4 and A5 on a number of counts. 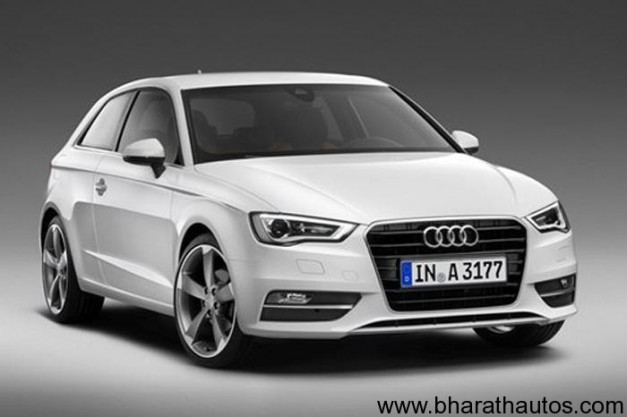 The new Audi A3 with a more aggressive look, features a brand new grille design, LED head lights, and integrated fog lamps. From its façade, one can also see a host of electronics , which suggest new radar based safety devices. From its side view it is noticed that the Audi A3 has a more tapering rear end with RS3 styles alloys and C Pillars. Tail lights are also LED while two chrome tipped exhausts are also seen in the picture.

The Indian market will get the saloon variant of the A3 later this year. The concept A3, premiered at the Geneva Motor Show in March last year, is the smallest saloon in the Audi range. At 4440mm in length, it is 188mm shorter than the Jetta and 260mm shorter than the A4 saloon, which stretches to 4700mm. The upcoming production version of the new four-door is expected to retain the same dimensions.

Conceived along the lines of the new Jetta, the A3 will get Volkswagen’s latest MQB platform. Prices of the A3 saloon will start from Rs 20 lakh approximately.

See more images of Audi A3 – 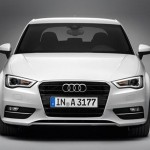 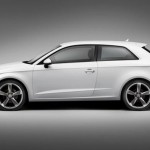 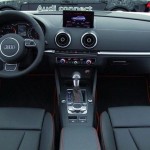 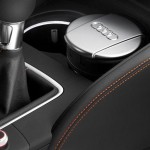