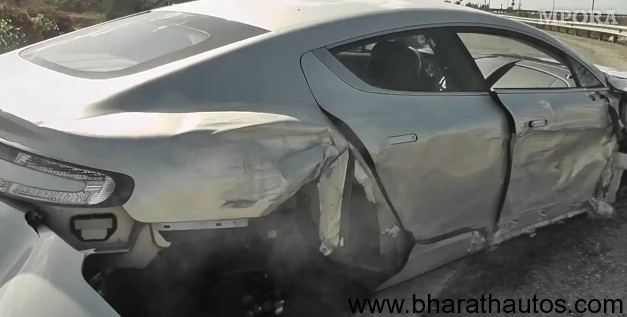 This past July, RRD (Roberto Ricci Designs) founder Roberto Ricci wrote off his Aston Martin Rapide while out for a filmed joyride with Mpora (Media magazine) editor Dave White. And post-aftermath, Ricci somehow managed to handle the situation with more amusement than reluctance. The accident occurred after Ricci mistakenly disabled the stability control while goosing it around a banked corner. From what could be seen in the video, it appears the car understeered into a guardrail on an off-ramp while ejecting one of its wheels into a field as part of the collision-which Ricci almost gleefully runs out and retrieves.

The driving segment followed a tour of the RRD manufacturing facilities. The company mostly produces recreational items like surfboards, windsurfers, sails and kites. Interestingly, Ricci didn’t seem all that bothered by the accident and rather happy to be alive instead. I would be too.