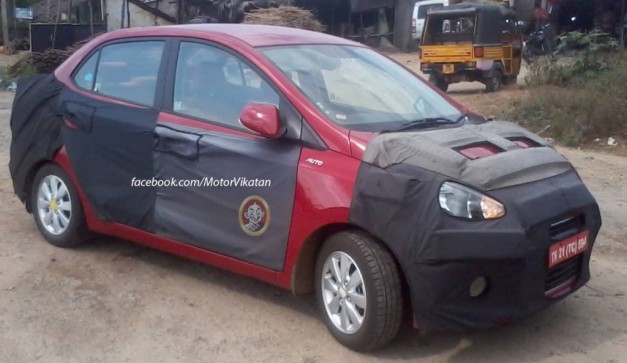 Hyundai being one of the best selling passenger car manufacturers after Maruti Suzuki in India had recently launched the all-new Grand i10. As already read by our dear readers in our previous post last-month, Hyundai also has plans to launch the next-gen i20 which would be built on the new fluidic platform in the mid-2014. With already a car in pipeline for launch, Hyundai’s new sedan based on the recently launched Grand i10 has been spotted by Motor Vikatan recently in Chennai which would be later launched on February 4th 2014. Seen here is the Grand i10-based sedan petrol automatic variant.

The Korean car makers new sedan would measure just less than-4-meters in length thus qualifying for the Indian small car excise duty benefits. The car when spotted was not fully camouflaged as a result of which it looked identical to the Grand i10 when viewed up front. The upcoming Grand i10 based sedan is expected to be priced aggressively in order to compete the likes of Honda Amaze and Swift Dzire in the Indian market. The new sedan is expected to be built on the same BA platform as the hatchback.

Check out another picture of the rear, after a jump. 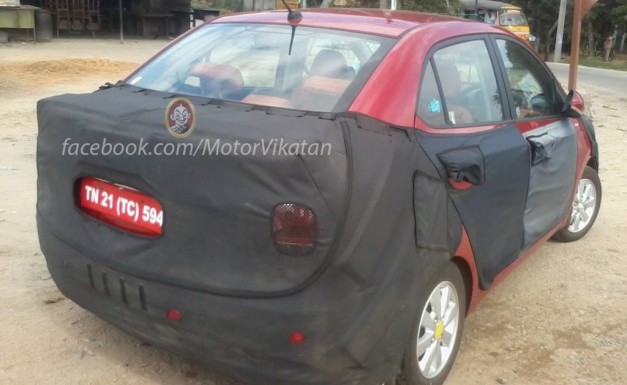