Here’s a name that should sound very familiar, except that it’s on a completely new face. Renault India has unveiled an all-new entry-level hatchback called the Kwid at its global launch in Chennai today. 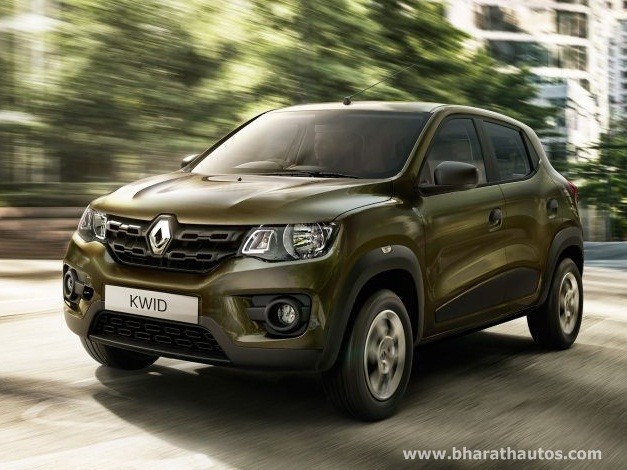 The Kwid name isn’t new to India – it was a concept car unveiled at the 2014 Delhi Auto Show by Renault India, the car highlighted the company’s commitment to India, as well as its ability to produce appealing products in the compact car segment. However, the production-spec Kwid doesn’t look similar to the concept model, from any angle. 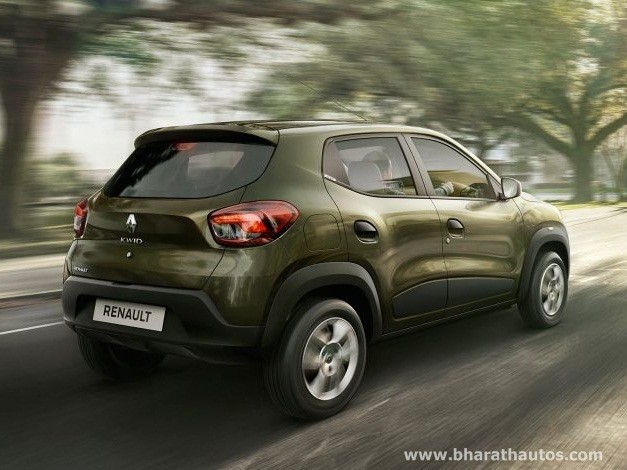 The Kwid is packed with features and SUV-inspired looks. It is the first car to be based on the modular CMF-A platform and is inspired by Renault’s global design language. The Kwid’s black grille and headlamps are inspired from larger SUVs, while the wheel arches and body cladding give it a macho look with the combination of hatchback + SUV and is packed with 13” or 14” inch wheels. 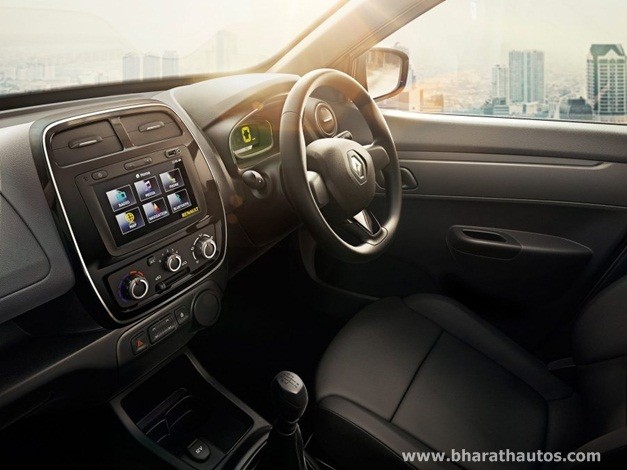 On the inside, the Kwid can accommodate 5 passengers and is reasonably spacious for its segment. The centre console is finished in Piano Black and receives infotainment features which include Media Nav multimedia and navigation system with a large 7” touchscreen display and Bluetooth connectivity. The Kwid also sports a Digital Instrument Cluster, a segment first. 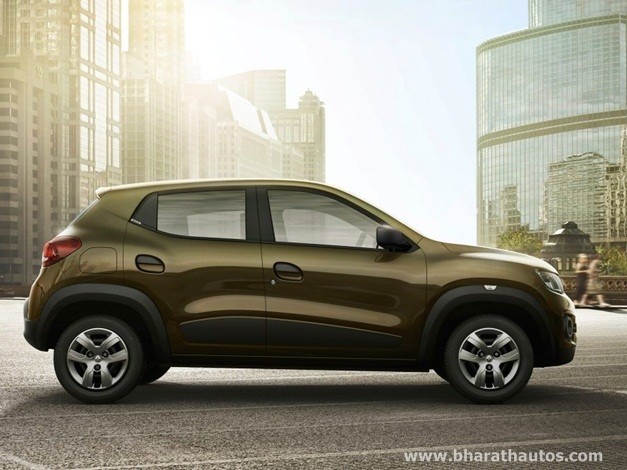 Powering the Kwid will be an 800cc three-cylinder petrol engine mated to a five-speed manual gearbox. There will be no diesel variant of the car, but possibility of an AMT cannot be ruled out. The French manufacturer claims the Kwid will deliver best-in-the-class mileage, when launched in the festive season this-year. The Kwid shall offer airbags as an option, but no ABS for India 🙁 .

Renault Kwid is the only car in India that boasts of 98% localisation, thus, the company might be able to price the KWID in the Rs 3-4 lakh segment. At this price, the Kwid will compete with the Maruti Alto 800 and Hyundai Eon in the entry-level segment. Being exclusively developed for emerging markets such as India, the Kwid is next bright hope for Renault India! 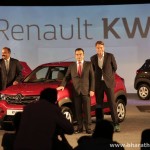 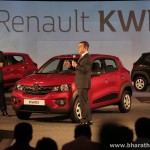 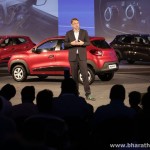 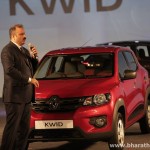 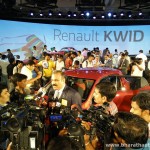 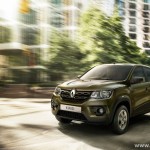