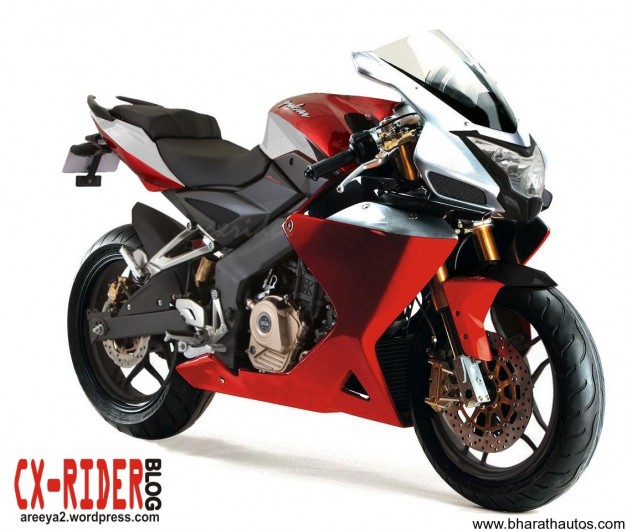 Earlier last month, we reported Bajaj Auto is already working on a fully faired variant of the Pulsar 200 NS. Now we have a rendered image, which gives a clear view how fully-faired version of Pulsar 200 NS will look like?

The first version which was unveiled a couple of  month ago was a naked version – which followed the body style of a street fighter look bike. The extra materials used will also result in a slight increase in prices of the Pulsar 200 FS (Faired Sports), which should be priced around Rs. 5000/- more than the Pulsar 200 NS.

Refresher – Pulsar 200 NS engine will have 3 sparks – Triple Spark Ignition System instead of the traditional twin – spark system which are seen in the current Pulsar motorcycles. Pulsar 200 NS is powered by a 199.5 cc engine that will generate a maximum power of 23 bhp @ 9,500 rpm and will deliver a maximum torque of 18.3 Nm at 8,000 rpm. Transmission is through a six speed gearbox.

BMW G310R based TVS Full-Faired Motorcycle; may be revealed at 2016 Auto Expo