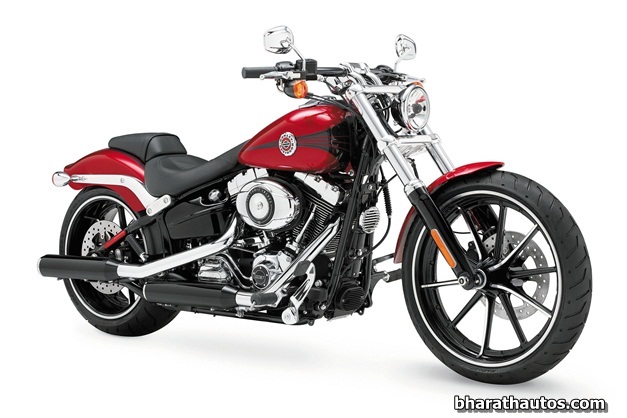 Harley-Davidson unveiled its latest edition of Softail motorcycle, christened as the new Harley Davidson FXSB Breakout at the 2013 Bike Week in Daytona. In August-2011, Harley-Davidson had released a CVO version of the Breakout. This is the first CVO model that will also be a production model and will receive the same long but low posture. The handle bar is placed four inch riser with a speedometer incorporated nicely into the chrome plated console.

The front and the rear fenders have been trimmed as much possible, while a shaved tank console and a drag handlebar keep the low profile.The oil tank gets a gloss black finish and is made of single-rib cast aluminum. The rear is covered with a wide rear tyre balanced with thick forks. Both the front and rear gets Gasser Cast Aluminum wheels. The powerhouse of the Breakout is a 1690cc Twin cam engine with Electronic Sequential Port Fuel Injection, coupled with a 6-speed Cruise drive transmission.

Harley-Davidson FXSB Breakout is available in USA at an equivalent price of around Rs. 10 lakhs.  Although its launch in India has not been officially confirmed, it is expected to make its debut in India soon and its price in India will be higher than the price in USA. The color option include are Vivid Black, Big Blue Pearl and Ember Red Sunglo. The cruiser will also have safety features like Anti-Lock Braking System along with some more security features.

“With Breakout, we got down to motorcycle essentials. The black and chrome engine visually pops out of the center of the bike, and then, to maximize the impact of the tires, the fenders are chopped. We wanted a lot of rubber showing to give the Breakout a tough, muscular look.” 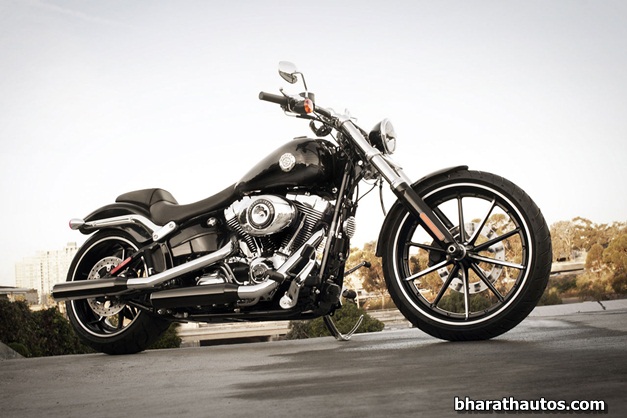 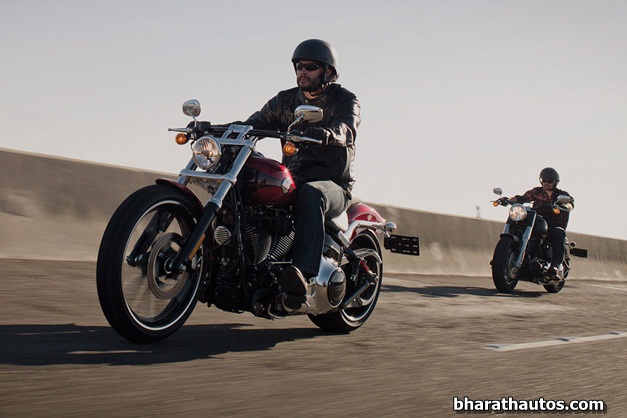 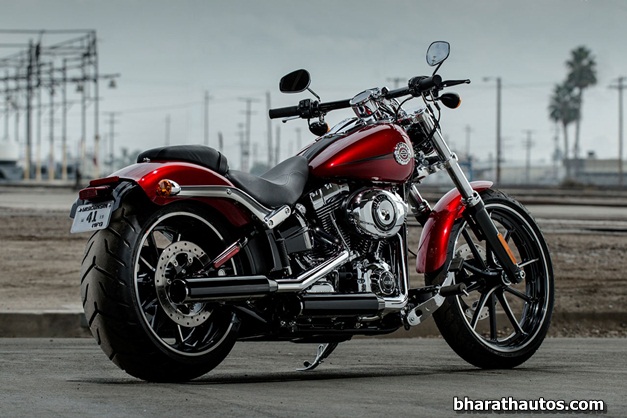 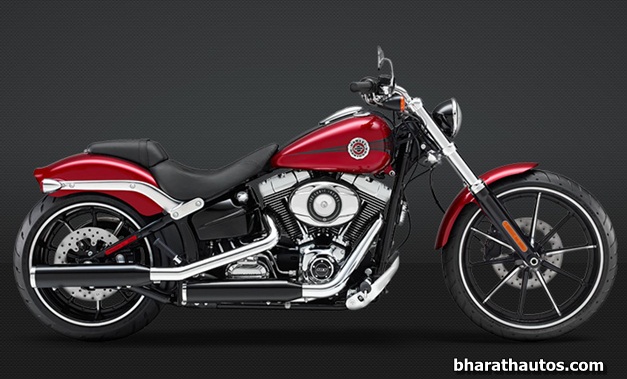