Honda BR-V Compact SUV has been unveiled in Indonesia yet again. In India, this Creta-rival is expected to make debut at the Auto Expo 2016 in February. 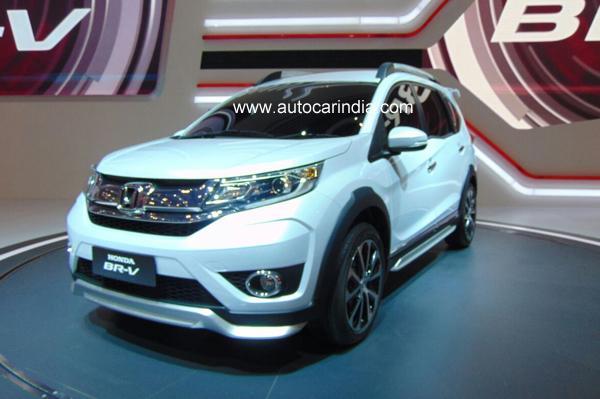 According to AutoCarIndia, the production of Honda BR-V is scheduled to commence at Honda Car India’s Tapukara facility in Rajasthan around April-2016 with an initial yearly production capacity of 36,000 units. It is speculated to be benefitted from the heavy localization level of its platform in India, thus, the pricing are expected to be par with the Hyundai Creta.

The Honda BR-V was first showcased at the Gaikindo Indonesia International Auto Show in August, and was again showcased at Makassar Automotive Exhibition this-month. In Indonesia, the bookings for the BR-V are already commenced with prices ranging from 230-265 Million Indonesian Rupiah (IDR) nearly INR 10.80-12.40 lakh. Surprisingly the BR-V has already collected a total of 2,500 bookings till end-September, however, deliveries in Indonesia is slated for early next-year, before India. 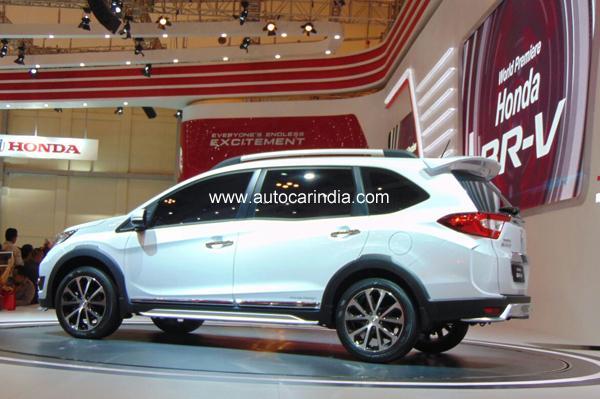 This  seven-seater – which is essentially a crossover variation of the Mobilio MPV – measures in at 4,455 mm long, 1,735 mm wide and 1,650 mm tall, with a 2,660 mm-long wheelbase. Dimension-wise the BR-V compact SUV is longer than the Mobilio MPV of course, but keeps almost the similar wheelbase. For the Indonesian market, the BR-V will only be available on a 1.5-liter i-VTEC petrol engine producing 120 PS and 145 Nm of torque, mated to a 6-speed manual or a CVT gearbox.

But for the Indian market, the publication reports that alongside the 1.5-litre i-VTEC engine Honda is planning to use the 1.6-litre Earth Dreams global diesel engine for the BR-V instead of the India-only 1.5-litre motor that powers Amaze, Mobilio, Jazz and City.