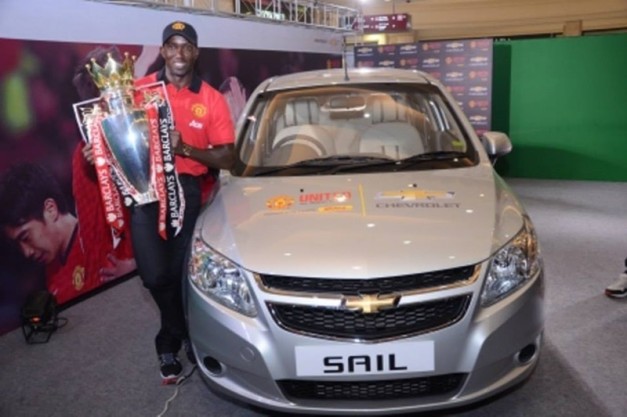 Chevrolet today celebrates its partnership with Manchester United in India. Legendary former player Dwight Yorke visited the country to get up close with Indian football fans as part of the United Trophy Tour in the country.

As the Official Automotive Partner of Manchester United, Chevrolet pledges to unite supporters around the world through the game of football. Chevrolet believes in putting fans first in the partnership, developing unique and once in a lifetime opportunities to bring Manchester United supporters and enthusiasts closer to their team and give back to the game they love.

“Chevrolet is extremely proud to connect Manchester United with its passionate supporters in India. The long association of Chevrolet with football in India is a testimony to the great belief Chevrolet has in the game of football that has the unique capability to unite people all around the world,” said Lowell Paddock, President and Managing Director, General Motors India.

From the 2014-15 season onwards, Chevrolet will be the shirt sponsor of the most popular football team in the world, Manchester United. As part of the United Trophy Tour in India, Chevrolet is giving fans the chance to&nbsp; get up close with Dwight Yorke and see the Barclays Premier League Trophy. 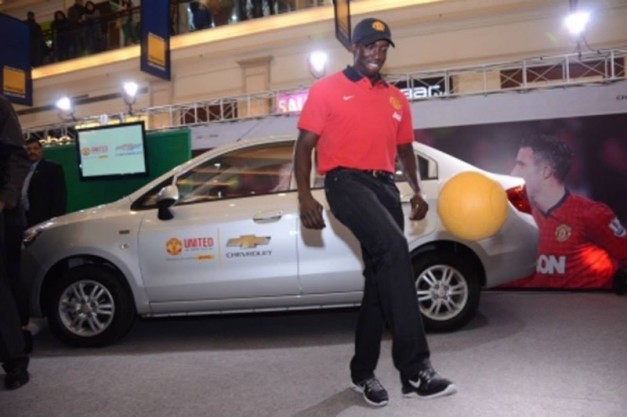 “It is a great honour to be able to promote the fantastic relationship between Manchester United and Chevrolet to our Indian fans. The chance to meet some of our 4.5 million followers is something I am very excited about, and gives us a wonderful opportunity to promote football in India. Events like this provide a key platform to unite our fans around the World,” said Dwight Yorke, ex-Manchester United striker.

As part of its deep commitment to the game of football in India, Chevrolet also plans to donate 20,000 nearly indestructible footballs through the year to children who cannot buy, afford or maintain a football across various locations in the country. Chevrolet plans to give away 1.5 million One World Futbols worldwide over the next three years to children living under different circumstances in impoverished areas, conflict zones and refugee camps, giving them the ‘Power of Play’.