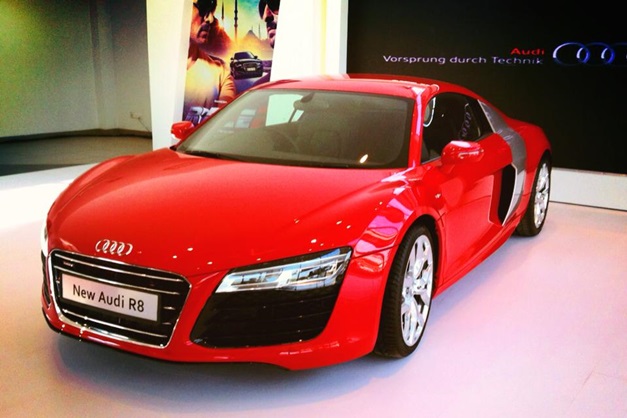 Audi India today launched the all-new 2013 Audi R8 sportscar, this flagship Audi has been one of the most popular supercars of recent times. In India, the 2013 Audi R8 has been made available in a total three variants, R8 V8 Coupe, R8 V10 Coupe and R8 V10 Spyder (convertible), priced at Rs 1.34 crore, 1.57 crore and 1.73 crore (ex-showroom, New Delhi) respectively.

Launch event was held at New Delhi, Mr. Michael Perschke, head of Audi India along with the star cast of the upcoming Bollywood movie ‘Race 2′ unveiled the 2013 edition of the R8 with the appreciation of beauty and technological updates. The company is in full-swing within just three weeks of the New Year, they have launched 2 new cars and opened-up one dealership at South Mumbai.

The R8 has been in market for almost six years and sometime earlier, Audi felt that the car has aged a fair bit and came out with a mid life facelift to keep the car fresh. However, the company hasn’t changed the design as the super car continues to look stunning. Minor exterior updates include tweaked lights, grille, bumpers, restyled diffuser, new round tailpipes and bigger wheels. 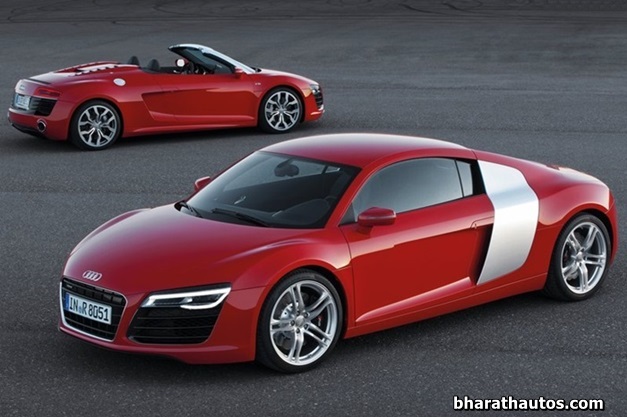 On the inside, the changes include small updates like seen in shift paddles, needles in the instrument cluster, diamond-stitched headlining, door panels and Fine Nappa full-leather seats. However, the nature of changes is such that only the auto enthusiast would be able to spot the difference between the new and outgoing editions of the car. 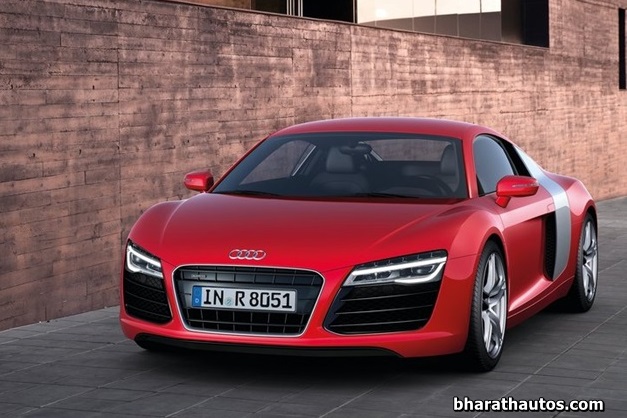 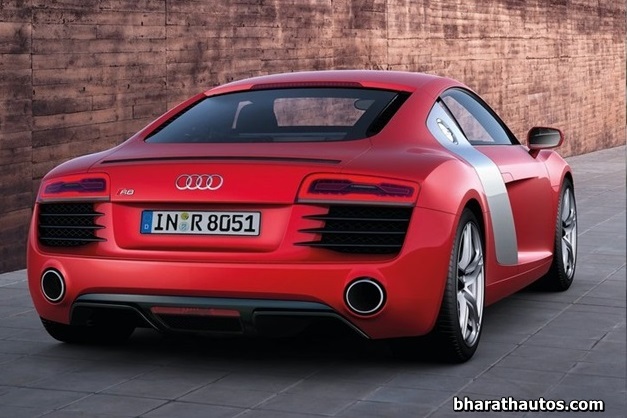 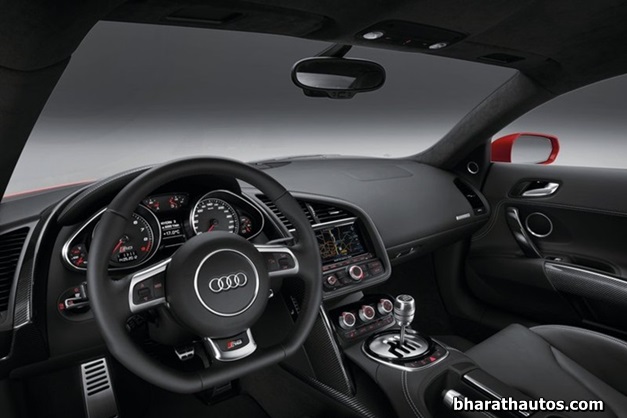 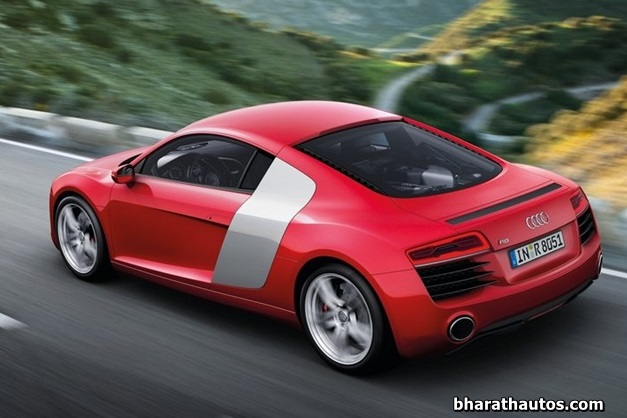