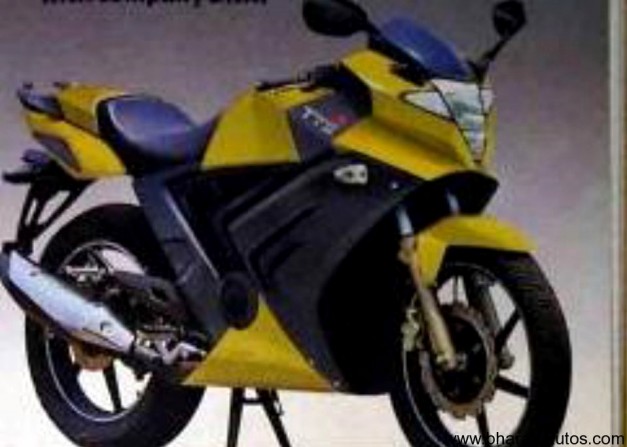 If performance and only performance is what you seek, look no further, here’s your holy grail ‘TVS Apache RTR’. It took the term ‘Affordable performance’ and made mincemeat of it when it was unleashed on the unsuspecting public in mid-2007. Adding 10ccs to the already potent mill did wonders for the motorcycle.

The TVS Motor company’s flagship models, the Apache RTR born with the solid foundation of racing heritage, the affordably priced RTR’s, 160 and 180 represent the best of both worlds, engineered to be relaxed enough to ride on a daily basis, yet still providing riders the thrills of exciting performance and sharp edged handling that only true sportsbikes deliver. The RTR 180 to its credit remains to date one of India’s select few motorcycles to provide riders the additional safety of ABS assisted brakes.

According to AutoCarIndia, the shortly upcoming RTR variants to sport more contemporary, revised styling, while retaining all their sought after value-for-money features including a heady blend of performance, with good handling and adequate comfort. The new RTR should enter TVS showrooms around the country as early as within some weeks from now.

Also there are rumours that TVS is working on higher displacement version of its popular apache bike. After launching Apache RTR 180 with ABS TVS announced that they are working on two bikes, and it will take eight to nine months to launch these products in market.

No Bigger RTR’s for this year

(Note – The above shown images are rendered images which has been wondering in internet for year, the actual bike may differ from the model shown here)