TVS Motor company has launched its first performance scooter, the Ntorq 125 scooter in India. The scooter is powered by a 125 cc engine and will be offered in four colours – Matte Yellow, Green, White and Red, when it goes on sale in the market in a week.

Major highlight of the scooter is the fully-digital instrument cluster that supports vehicle data and connectivity (very much like the new KTM Duke 390). It is a Bluetooth-enabled feature, TVS calls that SmartXonnect technology. It pairs with an exclusive NTORQ mobile App which the rider can download from the Google play store. The app is available only for Android devices as of now.

In derives styling from the TVS Graphite concept showcased as a concept at the 2014 Auto Expo inspired by stealth military aircraft’s engineering. It also gets an under bone frame with high tensile steel resulting in better stability. Smart lines, split grab-rail and a sleek headlamp are among some of the worthy features.

The new Ntorq 125 is powered by a new generation CVTi-REVV 124.79cc, single-cylinder 3-valve SOHC mill with air cooling. It churns out 9.4 PS at 7,500 rpm and 10.5 Nm at 5,500 rpm. Top speed is 95 kmph. Suspension includes 30mm telescopic suspension setup at the front and gas charged damper at the rear. Brakes are 220 mm front disc and drum brakes are seen at the rear.

The Ntorq 125 will compete with the likes of the Honda Grazia, Aprilla SR 125 and the yet to be launched Suzuki  Burgman Street. Looking at the first impression of the scooter, we can say that TVS may be upto something big. 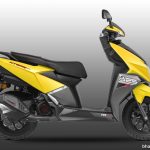 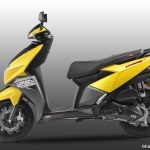 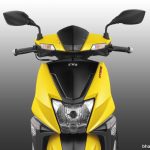 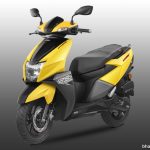 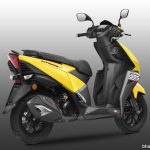 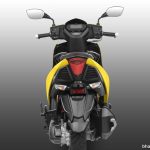 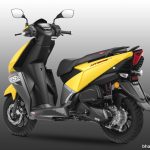 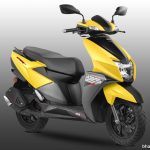 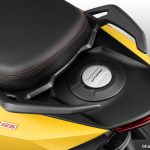 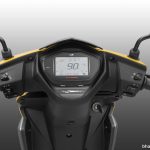 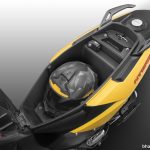 Hi everyone, myself Mohammed Ziyan. A class 12 college student hoping to pursue a career in the automobile industry. I share a unique bond with automobiles ever since I was a kid, and it will definitely grow in the years to come. I would like to share my knowledge on automobiles for the better part of the industry. So that’s why I have become a part of BharathAutos.