The TVS Apache has been in production for more than 8 years now, and has undergone minimalistic design or even mechanical changes. The only changes were the launch of the 160cc and 180cc variants. Well, the boffins over at TVS have decided to launch an all new Apache, even though the present one is still selling well. Bajaj has been dominating the 200cc motorcycle segment for a couple of years now, first with the Pulsar 200 DTS-i, the Pulsar 220, then the Pulsar 200 NS and now the Pulsar AS200 and RS200. TVS has been missing out on all the sales in this segment, and they cannot afford to delay the launch of their contender for this segment anymore. 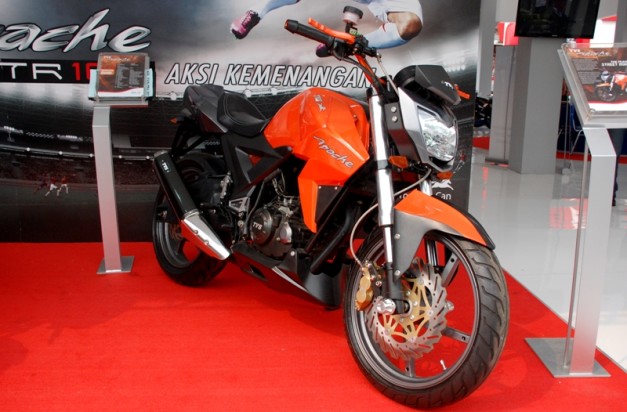 TVS had displayed a concept named the Draken at the 2014 Auto Expo in Delhi, and we were right in thinking that the Draken would be the next gen Apache, well most of it. Arun Siddharth, Senior GM of Marketing at TVS Motorcycles has now revealed that the Apache 200 will be designed based on the Draken concept, and along with this, he also revealed a few important details about the upcoming motorcycle.

We already know that the Apache 200 is undergoing camouflaged testing, as we have quite a few pictures of test mules on the internet, and the test mules themselves revealed a lot about the design or the features. For starters, we know that it will feature a monoshock suspension at the rear and contrary to rumors, the front will not have Upside Down Inverted forks.

Now though, we have more information, from an insider. The TVS Apache 200’s Instrumentation will be completely digitalized and will feature a new layout. The Tail lamp and Turn Indicators will be All-LED’s. 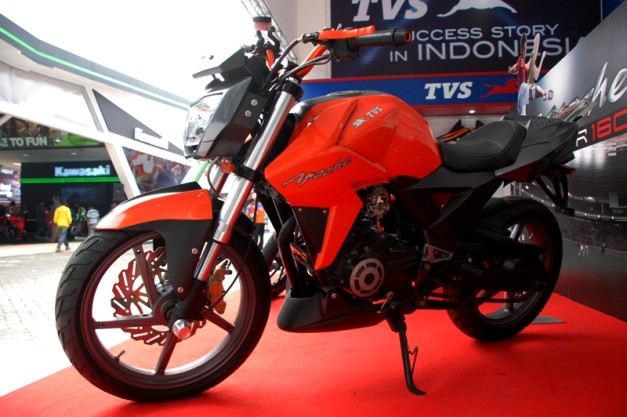 Coming to the Powerplant, the 200cc is not just a Bored out variant of the 180cc engine already in use in the Apache, but will be an all-new Unit, featuring SOHC, 4-valve construction. BMW Motorrad has had their fair share of development going into the TVS Apache 200, and it has been confirmed that the cooling system for the 200cc engine has been developed in collaboration with BMW Motorrad.

We are expecting TVS to Launch the All-new Apache 200 at the 2016 Auto Expo. Watch this space for more.

(NOTE: The pictures of TVS Velocity Concept is just used as an illustration which was displayed around 4.5 years ago at the Jakarta Motorcycle Show, however, the upcoming Apache 200 may defer from the model shown here.)