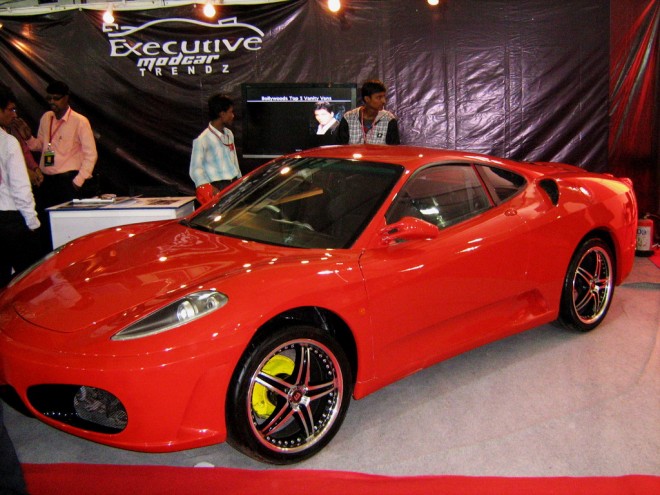 Toyota Corolla is a smart flamboyant vehicle that has been engineered precisely to present the rider with a feeling of driving a sports car. Now a day’s Corolla has become a 3 star Hotel’s pick up car. No one really aspires to a Corolla.

Yes! Under the Red hood lies the heart of an old Corolla (Engine – Corolla is fuelled by a 1794 cc 4 cylinder VVT-I Gasoline engine that exudes a maximum power of 92 kW @ 6000 rpm/125 PS @ 6000 rpm at a peak torque of 158 Nm @ 4200 rpm/16.1kg-m @ 4200 rpm). The complete car has been redesigned to make it a 2 Seater Sportscar. The entire bodywork is fibre glass and as a result is 20% lighter than the donor car. The interior has also been revamped to make it look like a sportscar by removing the plastic wood of the donor car and replacing it with chrome.

You can get your old Corolla modified into a Ferrari F430 at Executive modcar tech team to make it eye-catching in streets? Modified Corolla costs approximately Rs.10 lakhs. And I must say, for the money, it is an extremely good replica car. 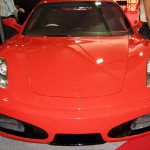 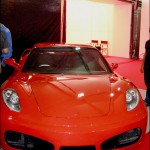 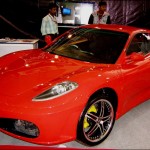 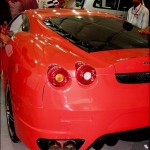 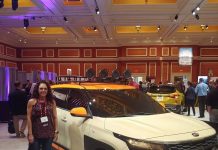