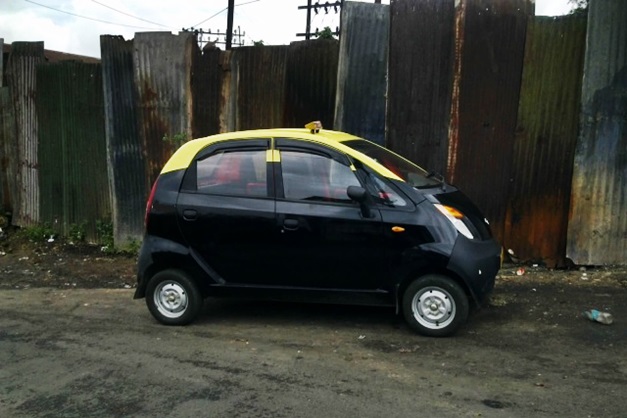 BA readers would surely know, Tata Nano is already being used as a taxi in Sri Lanka. According to the fresh reports, the state transport department of Jammu and Kashmir has been thinking over the idea of replacing the autorickshaw with Tata Nano in particular areas of Srinagar. As of now, nothing has been finalized about it and the plan is still under the thinking process. If everything goes well, Tata Nano will certainly make the taxi transport much more attractive in the frontier of J&K.

Furthermore, the government has also said that those who run the cabs should have fully functional offices, dedicated parking lots; cars should be fitted with a GPS unit, air conditioners and should not be more than two years old at the time of induction. Reports suggest it has also allotted red, black and white colours for the cabs.

The reason behind the replacement, the Tata Nano is four-seater car that has been fully equipped with basic safety and comfort features. The autorickshaws are missing out big time on these. Apart from these, Tata Nano is offered in CNG variant, which means the running costs and fuel economy will be decent and not heavy on pocket. However, the initial price of an autorickshaw and Tata Nano is closely same.

On the other hand, Tata Motors would be a bit worried if Tata Nano will be replacing the autorickshaws; the reason being that the image of this small wonder would fall down a bit. Therefore, Tata Nano replacing autorickshaw will only worsen the image issue that it has been facing since years now. Currently, Tata Indica, Tata Sumo and Tata Indigo are some of the most popular cabs in India. Thus, converting Tata Nano into a cab as well might not be good news for Tata Nano.

Transport commissioner Mr. Mehraj Kakroo has commented, “We have received proposals from private players intending to use Nano cab as a commercial vehicle to ferry passengers on the tariff being charged by the auto rickshaws.”