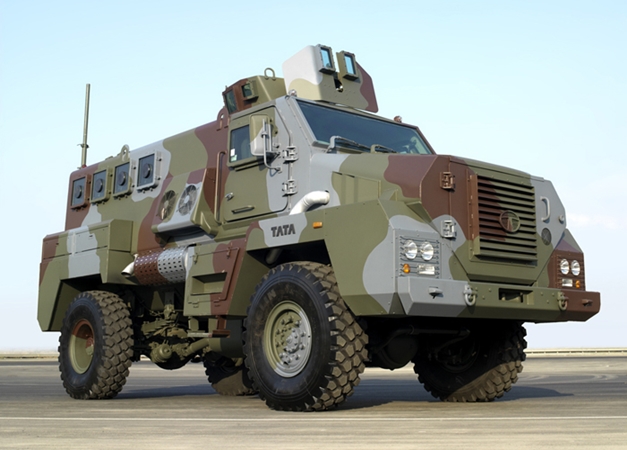 Tata Motors is not only in the passenger vehicle segment but is also known for known for defense vehicles. The company has been associated with the country’s defence forces ever since 1958 and during the course of years have supplied over 1,00,000 vehicles to the Indian military and paramilitary forces. Adding to the list, Tata Motors delivered 5 Mine Protected Vehicles (MPV) to the Jharkhand Police force in order to strengthen the security level.

These Tata Mine Protected Vehicles will be of paramount importance to the functioning of Jharkhand Police Force where they will be protected against every possible explosive device which will even include Improvised Explosive Devices and anti personnel mines. These vehicles have been supplied by Tata Motors to police and paramilitary forces in the country. Apart from delivering Tata MPVs to the Jharkhand Police, Tata Motors have already got another big order from Maharashtra State Police. Here the company will deliver about 32 Tata MPVs. 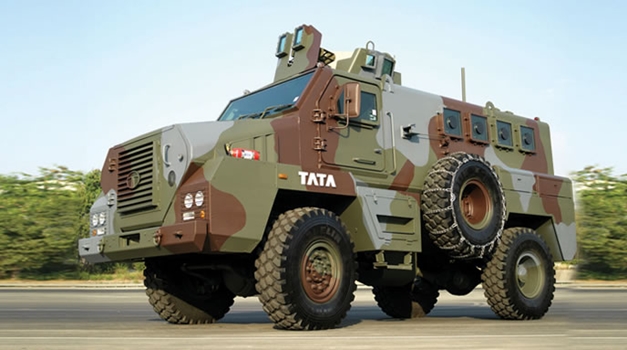 Tata Mine Protected Vehicles are highly effective in combat survivability. It is built to protect its occupants from all kinds of attacks be it the most powerful mine explosives or heavy gunfire. To ensure better service and maintenance of these vehicles, Tata Motors have installed service networks throughout the length and breadth of the country and have assured easy availability of spare parts and facilities of Annual Maintenance Contracts.