The next-big launch from Tata Motors will be the Tata Bolt hatchback in Indian auto industry. The company first showcased the upcoming hatchback at the 2014 Auto Expo held in New Delhi, alongside the ‘Zest’ compact sedan and since then there has been series of anticipations. Finally now the wait for the Tata Bolt seems to be over soon. 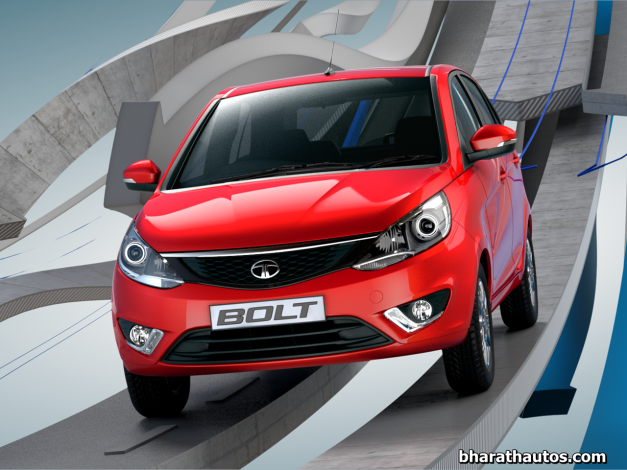 The Bolt and Zest are pretty much identical up to the rear doors.

The Bolt and Zest are pretty much identical up to the rear doors. Unique to the Bolt are blacked-out C-pillars, upright tail lamps, a tailgate spoiler with integrated third brake lamp, and 15-inch alloys (Zest gets 16s). Design elements on the inside are similar to the Zest. What it misses out are the LED daytime-running lights which the Zest sedan gets. 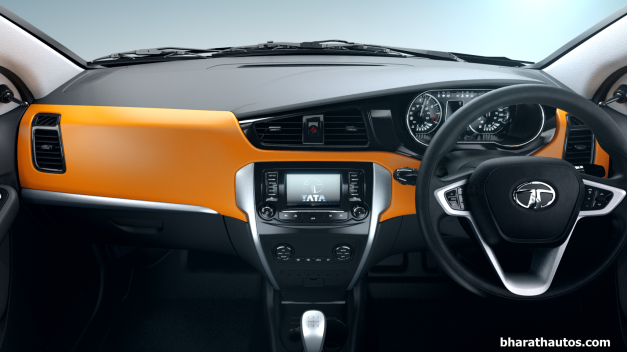 The interiors too are same as the Zest, but gets the all-black sporty treatment on the Bolt.

Of course, the Bolt is intended to be priced and positioned slightly below the Zest. However, it still gets the latter’s five-inch Harman touch-screen infotainment system, speed-sensitive electric power steering and projector headlamps.

Tata Motors is all set to launch the Bolt hatchback in the country next-month that shares its underpinnings with the Zest. 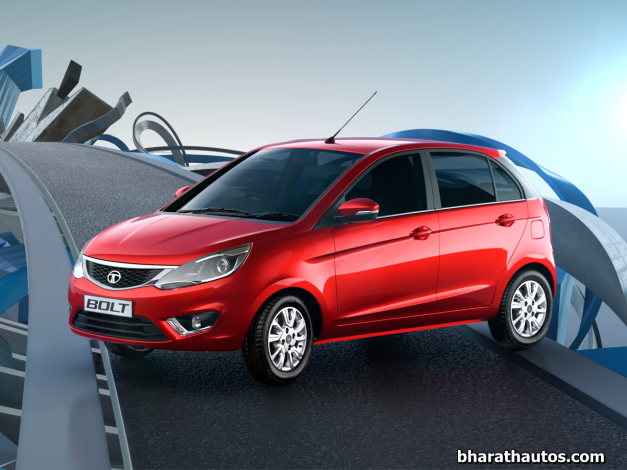 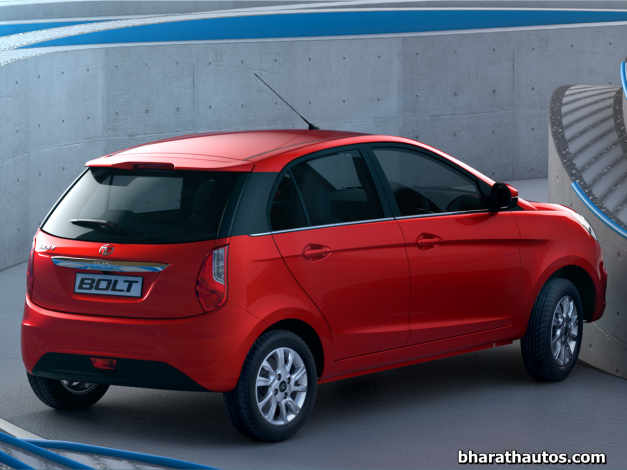