Home Mercedes Benz Spied – Mercedes A-Class in the streets of Pune, yet again!

Last-month an AutoCarIndia reader had managed to snap the firstever spy pictures of 2013 Mercedes A-Class in India soil, in an unknown location. Now thanks to Motorbash reader Rishabh Chopda who has shared the spy pictures of 2013 Mercedes A-Class caught testing on the streets of Pune with minimal camouflage and has managed to snap the test-mule from almost all angles.

From the images, it is evident that the car features the AMG body kit which reveals that Mercedes will at first launch the A-Class with an AMG kit, a similar strategy was followed for the launch on the ML-Class and the recently launched B-Class. This AMG model features special side-skirts and aerodynamic add-ons to the bumpers.

We have already reported the details of the upcoming A-Class, it is expected to be powered by a 1.8-litre turbo-diesel motor that is good for 134bhp and is mated to a 7-speed dual-clutch automatic gearbox. The 2013 A-Class is expected to carry a price tag in the range of Rs. 18-20 lakh, making it the cheapest car from Mercedes line-up in India. It is expected to be launched around July-2013. 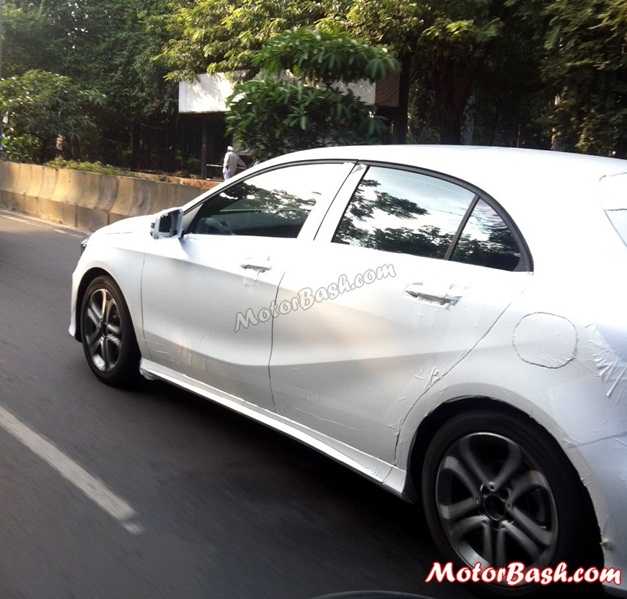 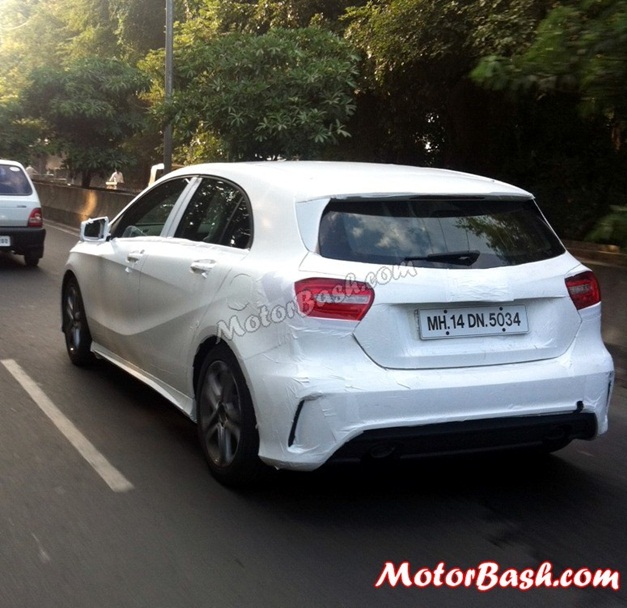 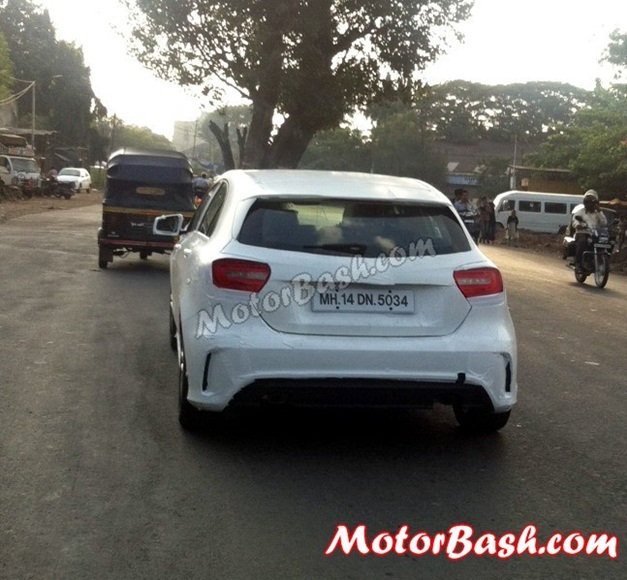 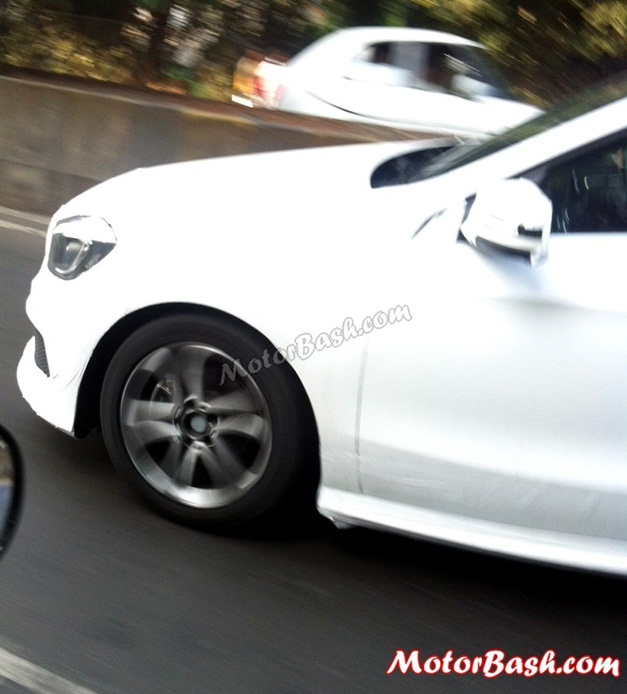