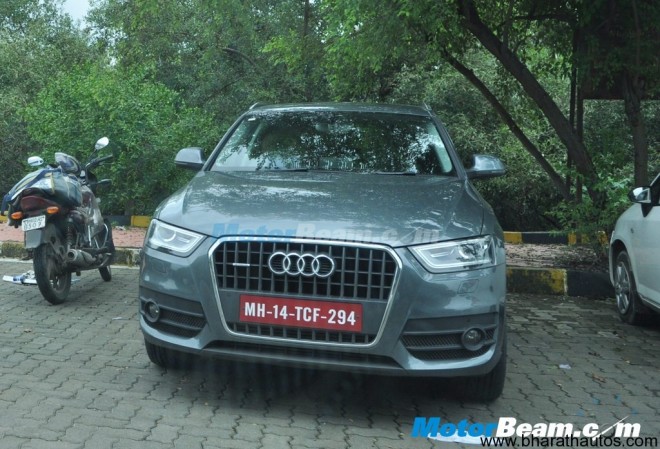 Audi Q3 Crossover SUV, which is Audi India’s challenger to the BMW X1 Crossover is expected to be launched in the second half of 2012. Expect the pricing of the Audi Q3 in India to be in the range of Rs 20 to 25 lakh.

Now our friends at MotorBeam.com have caught the Audi Q3 on test in Mumbai. According to Motorbeam initially it will be offered in front wheel drive followed by a 4WD version, the car was also missing the Q3 badge and had only the Audi logo on it, that too was only on the front grille. 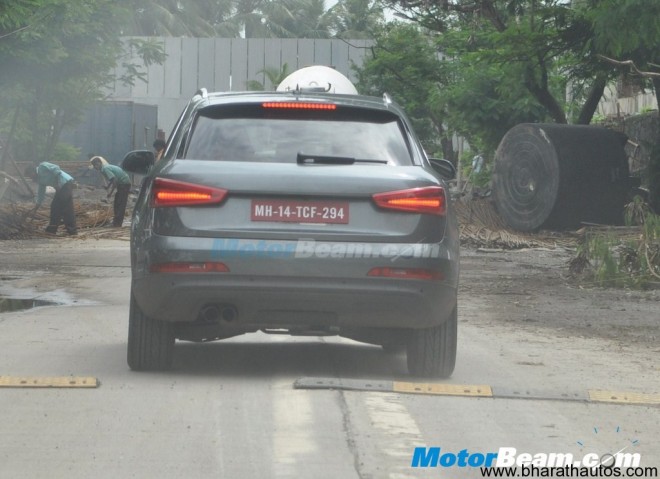 The all new Audi Q3 will use the Volkswagen Group A5 (PQ35) platform of the Volkswagen Golf Mk5, the same as the Volkswagen Tiguan SUV.VW group’s highly acclaimed 2.0 TDI mill will do the job in Q3, which will put out 140 PS of power and 380 Nm of torque. A Quattro variant may be also in the offering.

Audi A3 Cabriolet – topless act expands the range, priced at...