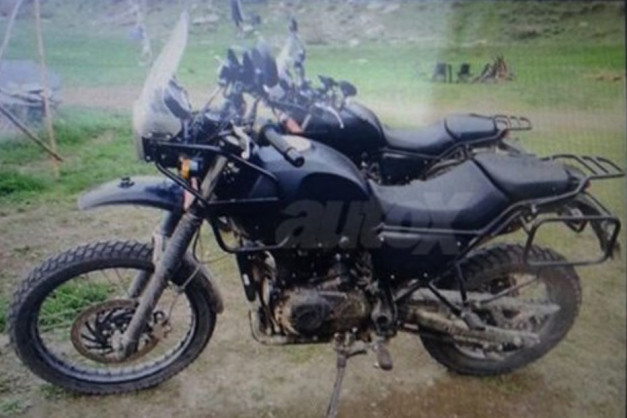 The red one we’ve seen before, but it’s a black one this time, and if you look closely you can spot it’s a production-ready version, this Scrambler styled RE gets a large windscreen, high-set mudguard, off-road tyres, raised triple-clamp handlebar, raised rear seat, raised suspensions in the front, raised mono-shock in the rear, saddle bag carriers, raised rear mud guard, disc brakes at the front and rear, and the upswept exhaust. 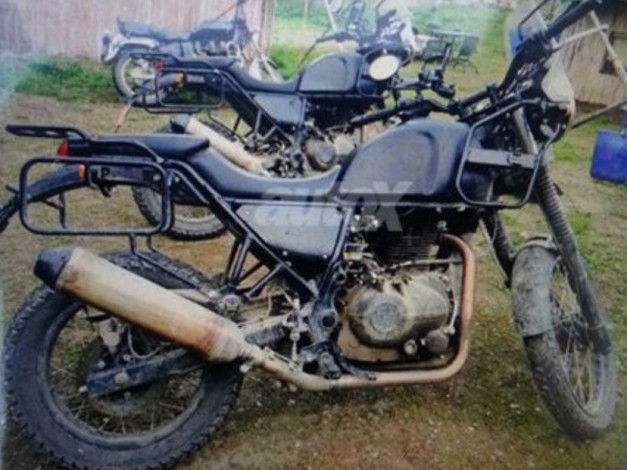 Furthermore, the Himalayan features a Continental GT’s fuel tank, twin pot instrument cluster with chrome ring, digital MID and gets classic round rear view mirrors. Note the absence of the kicker in the test-mule, however, we hope the production model gets one. With all these above features it is evident that the Himalayan is sheer Adventure tourer and will be very handy for your long adventure rides. 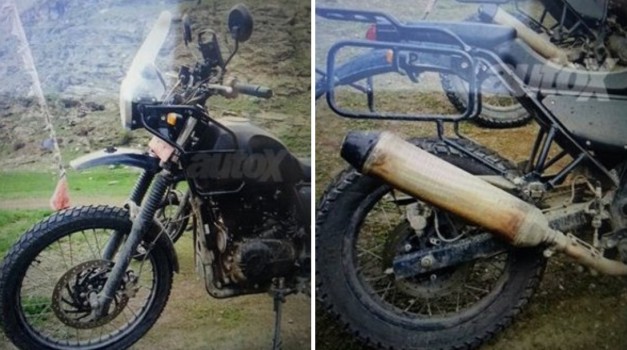 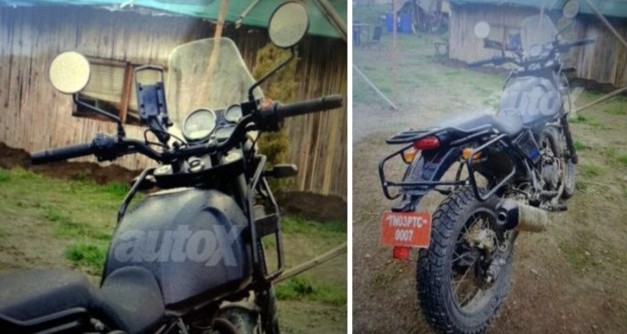 As reported yesterday, the Himalayan will be the first bullet to come with an ABS feature, and has earlier confirmed that the motorcycle is expected to unveil during the Rider Mania 2015, while the official launch will take place sometime in early-2016.