Sensational spy shots showing the production version of the Royal Enfield’s upcoming adventure tourer called ‘Himalayan’ has been spotted by the Team-Bhpian in unknown location. 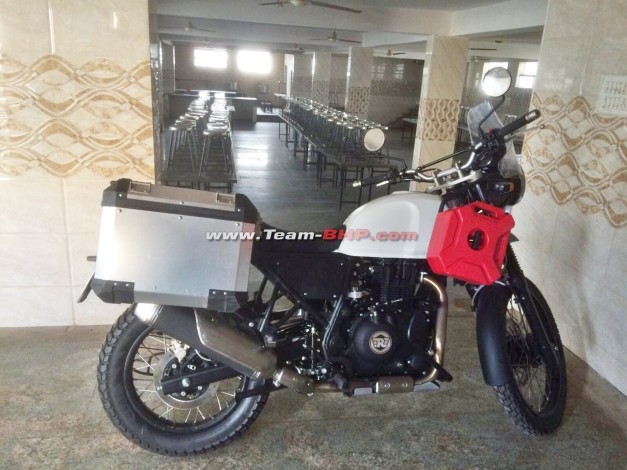 So far the motorcycle was spotted with camouflage but this is first time the Himalayan is seen in its production ready avatar. Looking at this white-painted motorcycle carrying special touring parts and accessories, we can assume that this is an extreme touring motorcycle from Royal Enfield and will be a breakthrough for the company as well as its segment. 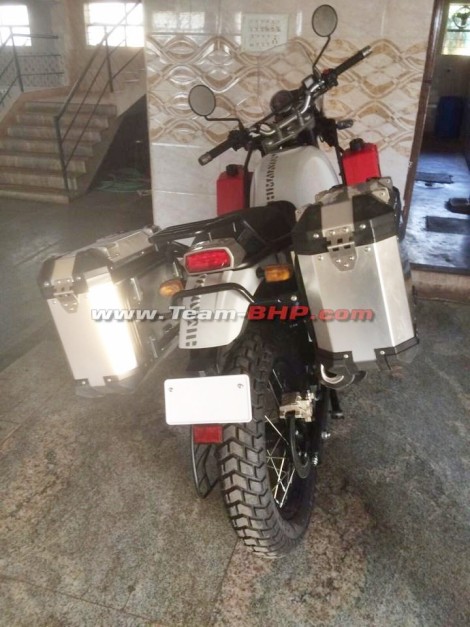 Power comes from a 410cc, single-cylinder mill with an oil cooler, expected to produce just short of 30 BHP and 32 Nm of torque, mated to a five-speed gearbox. Featuring a saree guard (generally applied for registration-ready vehicles) and rear number plate, the motorcycle indicates we could very well see it on Indian roads in a short time. 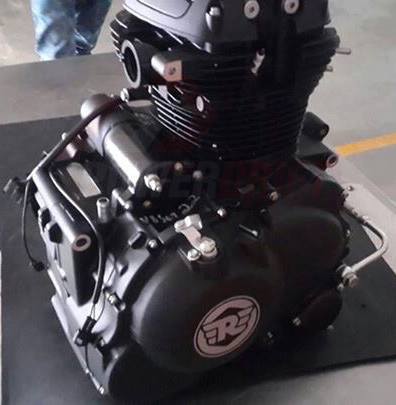 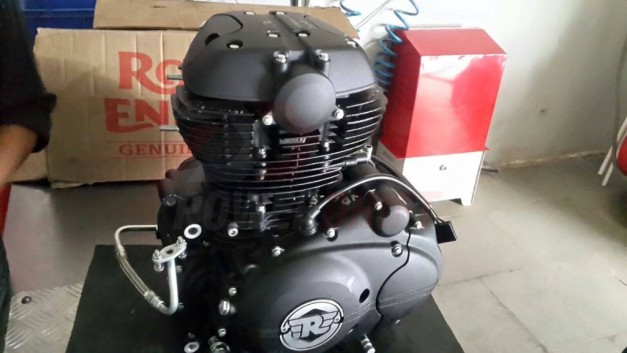