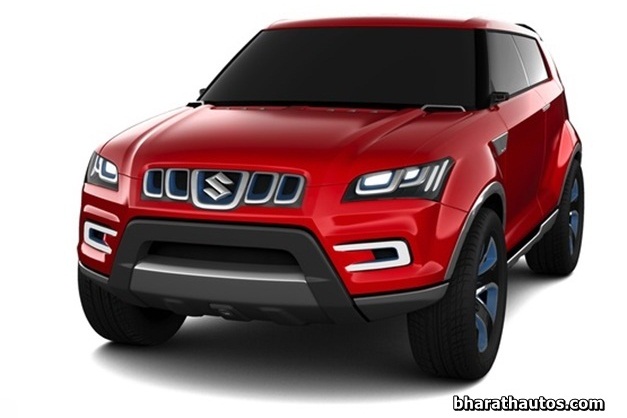 Maruti Suzuki, the country’s largest car maker has been absent from the SUV segment in the country where it intends on having a 40 percent share in 3 years from now. If it wants to have that chunk of the pie, it surely need s to have some SUVs on-sale as well and no we are not taking into account the Grand Vitara which sold a unit in Stone Age. And Suzuki has just realised that.

Maruti Suzuki plans to launch 4 SUVs in the country in the coming couple of years. The company’s SX4 sedan is expected to spawn a crossover which we believe would essentially be the production version of the S-Cross concept that company teased a few days ago and will showcase at the Geneva Motor Show this year. This would be a Duster rivaling SUV as it would be more than 4-metres in length.

The company also showcased a XA Alpha concept at our dear Delhi Auto Expo 2012 which is expected to hit the production soon. This XA Alpha concept could spawn either a full blown SUV or a Compact SUV. Next in line will the company’s compact crossovers based on the Swift Dzire and their Grand Vitara is also expected to get a sub-4-metre version as well which would be the company’s flagship in the SUV segment.

The Indians off late have developed a liking for the SUVs and the runaway success that the Duster and Quanto have been proved just that. The segment has attracted the company’s largest seller of passenger cars and the company has its plans chalked out regarding the entry into this segment. We really wish that these plans see the light of the day and the Indian roads are adorned by Suzuki SUVs.

Maruti Ertiga MPV to come with an automatic gearbox