In Mid-October, 2015, Dr. Pawan Goenka, Executive Director at Mahindra and Mahindra had revealed that M&M was working on a Four-Door version of the e2o electric car, and that this 4-door variant would be designed solely for export markets, more specifically European Markets. 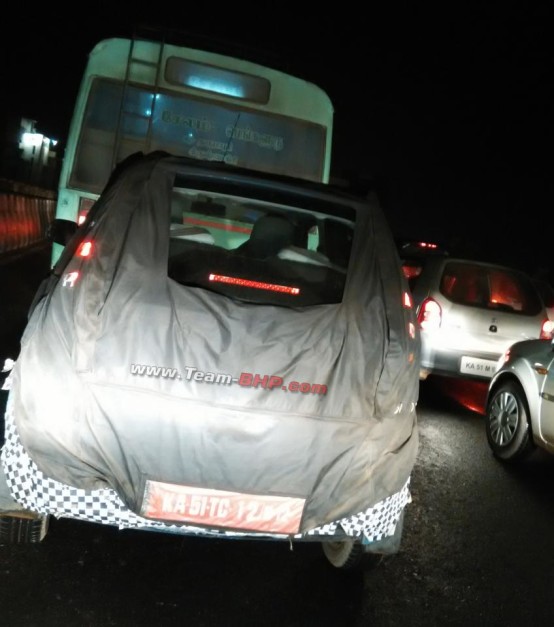 Well, looks like Mahindra and Mahindra is either really quick in developing cars or this particular car has been in development for a long time now, as a test mule of the upcoming 4-door e2o has already been spotted in a camouflaged state, testing on the Bangalore-Hosur highway. 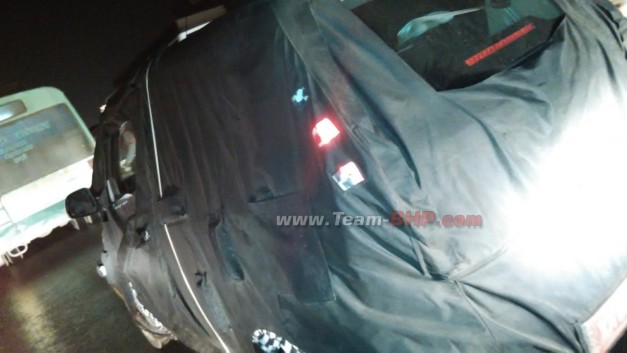 The size of the 4-door e2o has apparently remained nearly the same as the 2-door version, except for the rear end, which has obviously been lengthened to accommodate the extra doors at the rear, and the tail-lamps are said to have been redesigned and moved up higher, on the C-pillar. The person who spotted the car also managed to peek into the interiors of the car and found the design of the instrument cluster and most of the interior to be the same as on the 2-door variant. 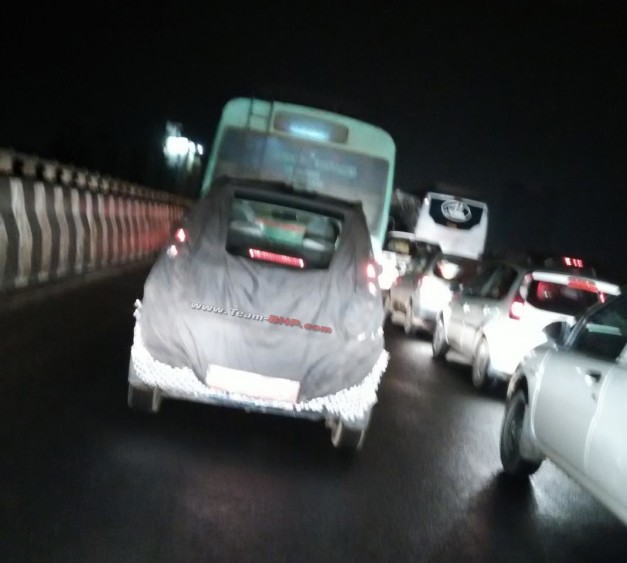 The 2-door variant of the e2o has an all-electric drivetrain and the front wheels are driven by an electric motor with a maximum power output of 25.47 BHP and a maximum torque number of 53.9 NM. The motor is powered by a 48V lithium Ion battery pack which gives the car a range of 120 kilometers and a top speed of around 80 KMPH.
The 4-door variant too will be powered by the same all-electric drivetrain, but with a more powerful motor and a battery with higher capacity. The 4-door e2o will also get features like touchscreen infotainment system Reverse camera, Climate control, electric ORVM’s etc. which are also available on the 2-door variant. 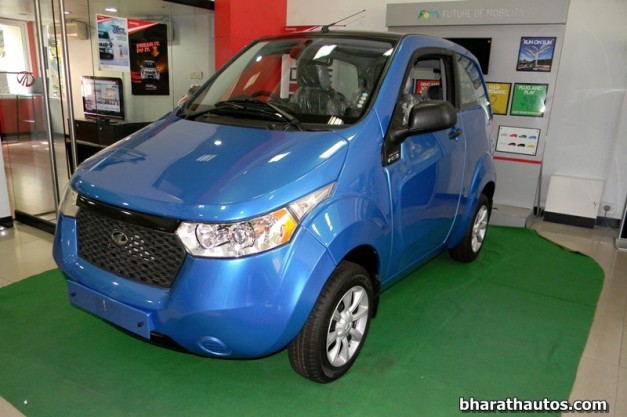 Dr. Pawan Goenka had clearly mentioned that the 4-door variant of the e2o had been designed for European markets and hence will not be launched in India, where the electric car market share is way too low. Mahindra and Mahindra is working on setting-up a distribution centre in the UK before the 4-door variant is unveiled in Mid-2016.