The Mojo is the first performance motorcycle from the Mahindra two wheelers stable, and was first revealed in 2010. Since then Mahindra has been postponing the launch of the motorcycle for no known reasons, but now they finally seem to have taken the Mojo very seriously indeed, as the motorcycle has been spotted numerous times in the last couple of months while undergoing camouflaged testing, and this comes as no surprise because of the incredible growth in the low capacity high performance segment. 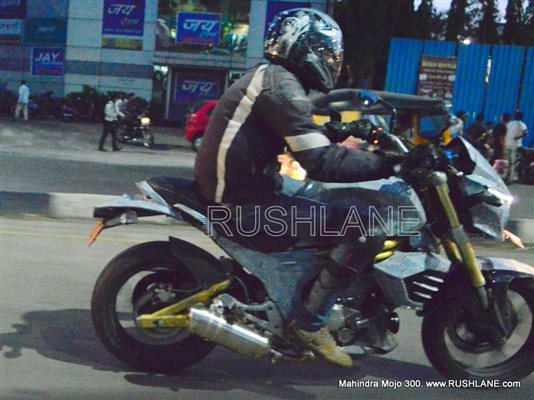 The Mahindra Mojo has been spotted again while on test, and this time around, it has been able to give us all a taste of the kind of performance it is capable of. The photographer who snapped the heavily camouflaged test mule claims that the Mojo easily clocked above 150 KMPH on the speedo, when the test rider tried to evade being snapped by the shutterbugs by accelerating away. 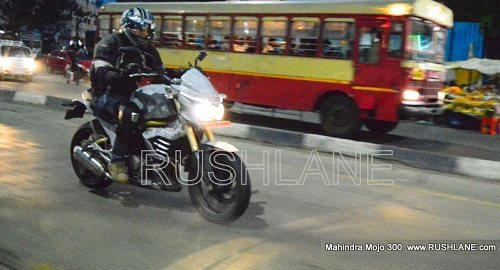 There is no evidence that the Mojo was clocked at 150 KMPH, but it should actually come as no surprise to us, considering that we already know the specifications of the 300cc engine powering the Mojo. The Mojo is powered by a liquid cooled, single-cylinder, 292cc engine with a maximum output of nearly 28 PS at 8000 RPM and 25 NM at 6500 RPM and all the power is sent to the rear wheel via a 6-speed transmission.

The overall design of the motorcycle too has changed a lot since the first time it was unveiled back in 2010. The motorcycle has been made to look much more modern and sophisticated. It now looks a lot more bulkier and muscular than the sleek look of the concept unveiled in 2010. The Dual exhausts now look a lot sleeker, and the headlamps also get redesigned LED DRL’s. 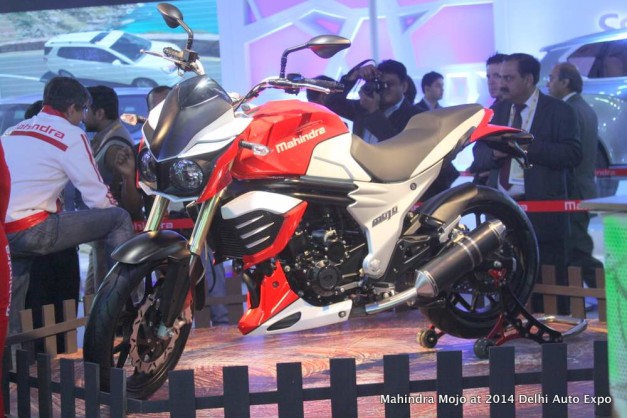 This facelift was revealed at this years Indian auto expo held in Delhi and showed that the motorcycle will be launched soon, and by soon we mean, the end of this year. It will be competing with the likes of the KTM Duke 390, Kawasaki Ninja 300R, Honda CBR 250R etc.

it only remains to be seen, if Mahindra will price it right! 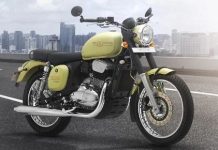 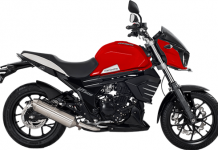 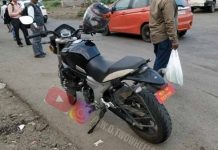