Mahindra Two Wheelers India in its official press release disclosed the name of its global scooter (codename: Mahindra G101) to be called officially as ‘Mahindra Gusto’, that is hoped to hit the roads on 29th September for the Northern and Western Indian markets, with a phased launch in other markets including Latin America and Africa in the next few months. 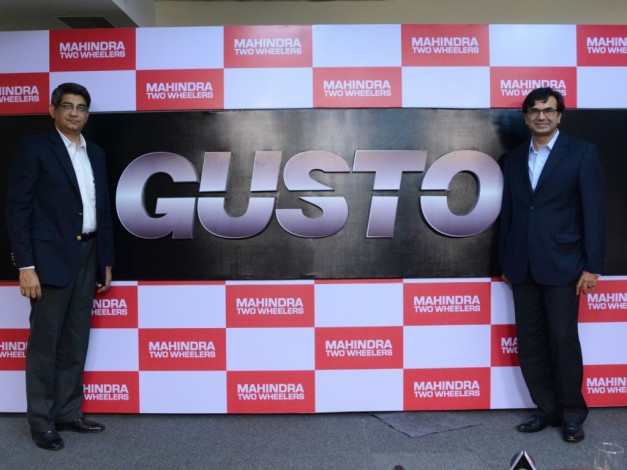 The Gusto will get first-in-segment features like the flip key and auto lock mechanism from the Centuro, although Mahindra seems to have ditched some premium features like alloy wheels and a disc brake. It would be powered by an 110cc engine, and will compete with other 110cc scooters including the Hero Pleasure, TVS Jupiter and the country’s favourite scooter, the Honda Activa. Currently, Mahindra only has 125cc scooters in its portfolio and the Gusto will be a very important scooter for the company.

“We are set to introduce our new global scooter, the GUSTO, created at our state-of-the-art R&D facility in Pune. The name GUSTO is a derivative of ‘gust’ which connotes a sudden strong current of wind, symbolizing the spirit of freedom.  GUSTO comes with an all Aluminium M-TEC engine with advanced features such as a stronger crankshaft and bearings, high inertia magneto, high energy HT coil and series regulator to deliver superior power, efficiency and reliability.”

He added, “The Gusto’s distinctive, contemporary styling has its origins in Italy and it has been conceptualized based on extensive research and in-depth consumer insights.  After rigorous testing and validation we are now ready to launch the GUSTO in the Northern and Western markets of India and Nepal, on September 29.  We will launch in the Southern and Eastern markets of India as well as South Asia, Central America and Africa, in a few months.”

Also see – Mahindra Zesto – the name of Mahindra’s next scooter?