The Indian automotive sector is expanding very fast and manufacturers across the world are now looking forward to set up their manufacturing plants on Indian soil. One of the many advantages they get by setting up their plants here is, cheap and yet skilled labour and they intend to use this advantage to the maximum. Hyundai, Suzuki, Tata, Mahindra etc. have all been manufacturing their cars in India and then exporting them to selected countries all over the world. In the motorcycle world, Bajaj, KTM and TVS have been doing it for a long time. 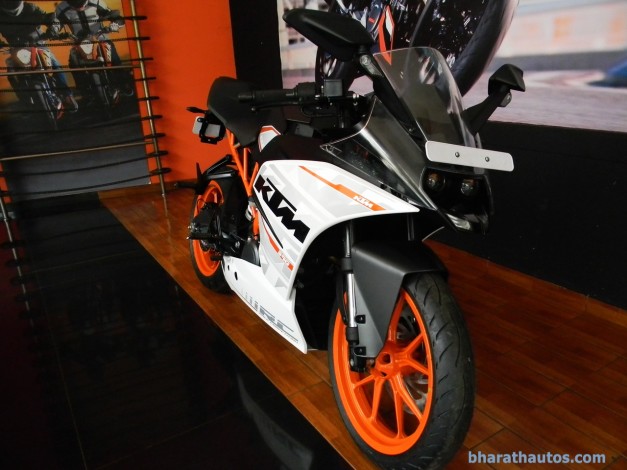 The twin-projector headlamps at the front give the RC 390 a very evil look.

Austrian motorcycle manufacturer KTM has been Manufacturing the Duke 200 and Duke 390 at Parent company Bajaj’s factory near Pune to cater to the Indian as well as European markets, and have been importing them to countries in Europe including home country Austria and more recently, after the launch of the RC 200 and RC 390, these motorcycles too are being exported to Europe.

The latest country to become an export market for KTM is the United States of America. Though India and a few other Asian and European countries got the privilege to enjoy the KTM RC series as well as the Dukes first hand, consumers in the USA did not have this privilege as the launch of these motorcycles in the USA was announced only last week. 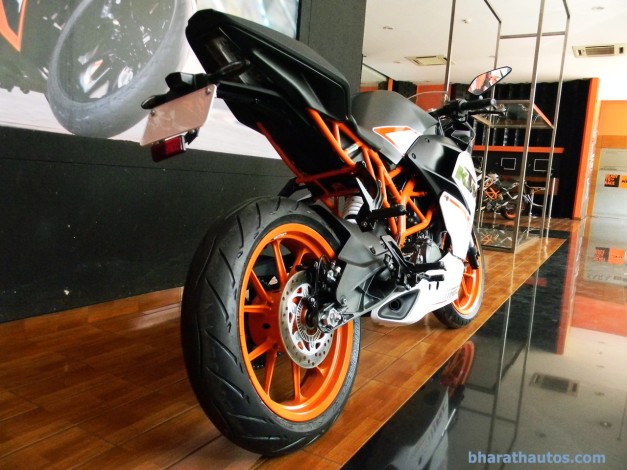 The rear is super sharp and very racy.

KTM officially launched the Duke 200, Duke 390, RC 200 and the RC 390 in the USA last week and it is something to be proud of for us Indians, as all these motorcycles which will be sold in the USA will all be made in India at the Bajaj factory near Pune. The motorcycles will be powered by the same engines being used in Indian and European KTM’s.

KTM has announced prices of the bikes and has also revealed that the start of sales will happen in the coming months. The Duke 390 is priced at $4999 (Rs. 3.09 lakhs) while the RC 390 is priced at $5499 (Rs. 3.40 lakhs). That is a massive price difference when compared to their prices in India, but this can be justified as, In India it is built with heavy localization and KTM does not have to pay heavy taxes for every motorcycle, but as and when these motorcycle land on USA soil, KTM will have to pay Import taxes and Customs duty to the US government which naturally pushes up prices and then, there is also the transportation cost for taking the motorcycles all across the world which gets added to the cost of the motorcycle.The scenario here though, is different from the Indian market. 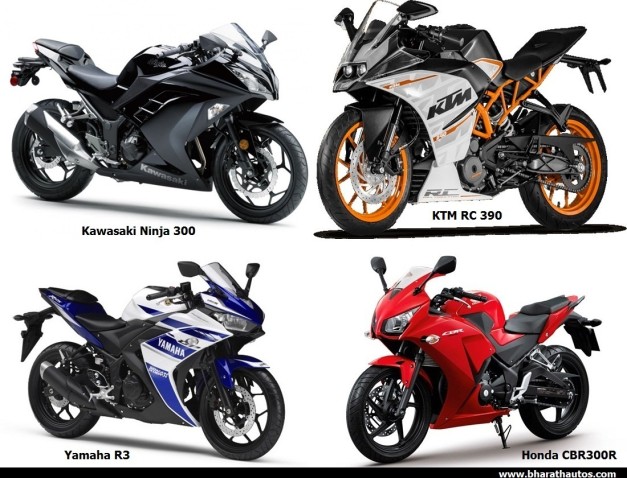 In India, the KTM motorcycles are the most value for money when compared to other low capacity, high performance motorcycles. The Honda CBR 250, the Kawasaki Ninja 300 and the Suzuki Inazuma 250 are all way to expensive and offer less bang for the buck when compared to the KTM’s. In the USA though, it turns out to be quite the opposite.

Only time can tell if the KTM’s can sell better than its Japanese rivals.