American icon Jeep recently launched its premium SUV Compass in India. The Compass, launched at a shocking price of INR 14.95 lacs, has created a storm due to its value and has registered more than 5000 bookings, even before the official launch. We give you a detailed comparison of the compass along with its rivals: namely the Hyundai Creta, Tata Hexa, Mahindra XUV 500 and the Toyota Innova Crysta. 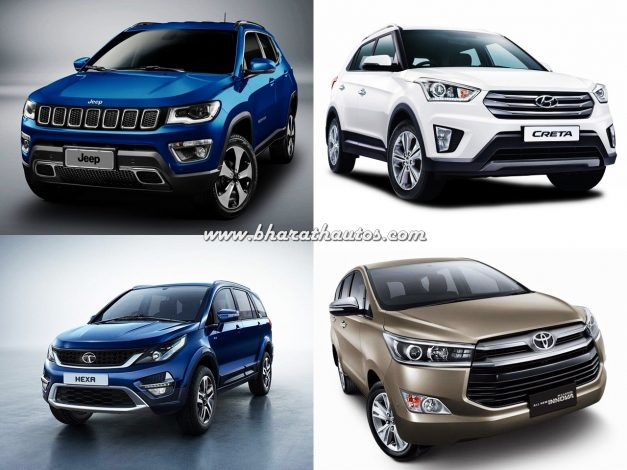 Design-wise, the Jeep Compass has a lot of Jeep DNA and looks attractive as well. Next on the list is the Creta by Hyundai, sporting Hyundai’s iconic Fluidic sculpture 2.0 design and a well-rounded design that has been common on our roads for a couple of years. Tata’s Hexa as like that gift has been launched this year and looks like a true SUV than an MPV unless you see the inside cabin. Mahindra’s XUV 500 has been on the market for quite some time as is Toyota’s Innova (now called Crysta), but both have distinctive styles that one many admirers over the years. 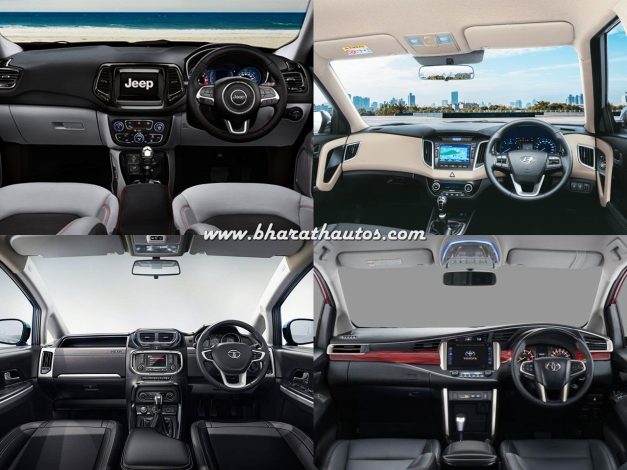 Safety wise all cars come with distinctive safety features as well as comfort. All cars have a Touchscreen Infotainment system, ABS with EBD and LED DRL’s. But all of them also bring something new to the plate-like the Compass coming with Panic Brake Assist, Brake Booster Failure Compensation, Roll mitigation etc. While the Creta having Vehicle Stability management, Hill Start Assist Control, Electronic Stability Control etc which is a boon for its owners and admirers. Mahindra’s XUV500 is safety laden. So is the Tata Hexa, the former having electronic brake distribution. In case of sudden braking and the latter coming with Hill Decent control to prevent body roll. Toyota is often considered the world leader in safety and it is not surprising to see the Crysta being loaded with safety features like vehicle stability control and Toyota’s collision safety body known as GOA.

As we conclude the result, we all have known that all these 5 cars are magnificent in their own right. Be it Toyota’s safety, Hyundai’s premium-ness or Indian ingenuity shown by Tata and Mahindra. It’s also hard to ignore Jeep’s iconic brand DNA and fan following here. Let’s start with the XUV500, not quite at its peak but it still has a lot to give the competition a run for its money. As Is the Tata Hexa, a major improvement from the Aria and a great effort by the company as well, but it still has some issues related to its refinement, but that doesn’t alter the great package the car is. Now, this will be a 3 horse race, with each of the 3 having enough in their armoury to upset the other. The Creta and Crysta would be my personal favourites due to their brand image here and features distinctive from the rest of the pack. The Jeep Compass looks like a potential winner because of its long equipment list and stellar price, but I think the car, as well as the company, will take some time to appeal to the Indian customer.

Also see: Mahindra XUV500 W8 and W4: side by side visual comparison 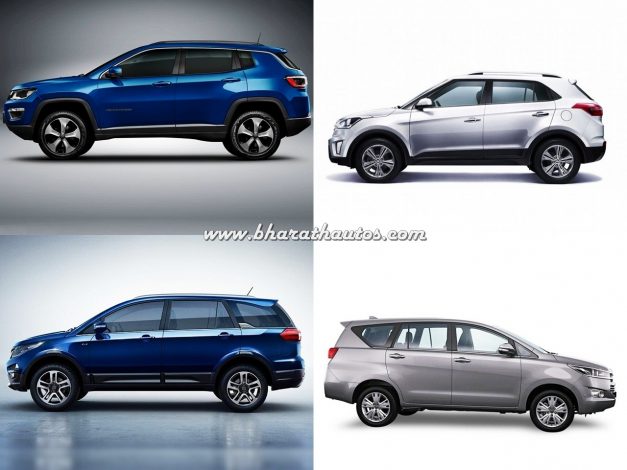 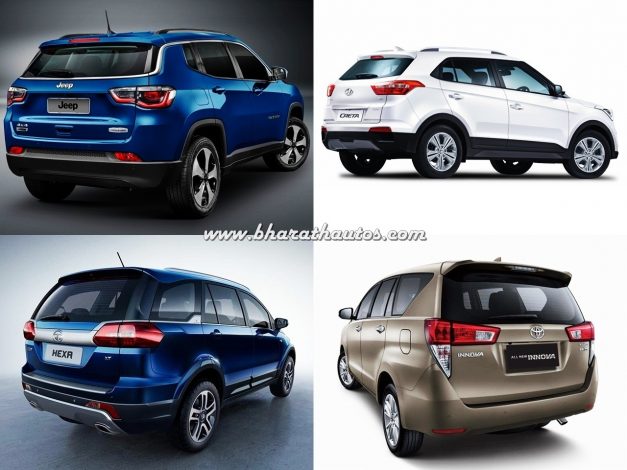 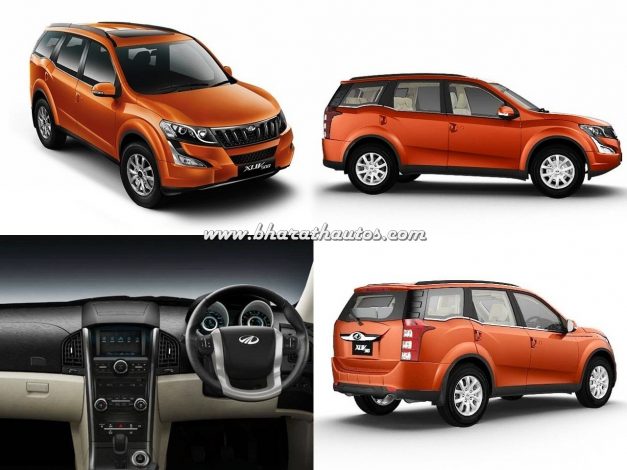