Valve Autotainment, the upcoming brand in the premium Cars and Bikes industry, is a company that has pledged to work towards strengthening the Bond between a Man and his Machine. They are the organizers of premium automotive events in the country and had recently hosted the first edition of ‘Ignite The Passion’ – A Superbike Gathering in Mumbai on 20th December. As the name suggests, it is an initiative to bring together the performance biking community of the city and encourage the riders to Ignite their Passion as a team! The theme for ITP 2015 was: The Spirit of Unity and Brotherhood. The rally saw over 51 superbikers, tour through the heart of Mumbai with the world’s best high-capacity motorcycles in attendance.

The one of its kind event kicked off at 10.00 am on the Sunday morning at Smaaash, Lower Parel as the city woke up to the roaring exhausts of performance bikes. Commencing from the Smaaash parking lot, the rally proceeded to the Worli sea face moving to Annie Besant Road, Peddar Road, Chowpatty, Marine Drive with a halt at Nariman Point, and back to Smaaash through the same route. The 35.2 km (two-way) long stretch saw roads of Mumbai coming to a standstill as the city saw the spectacular lineup of motorcycles. 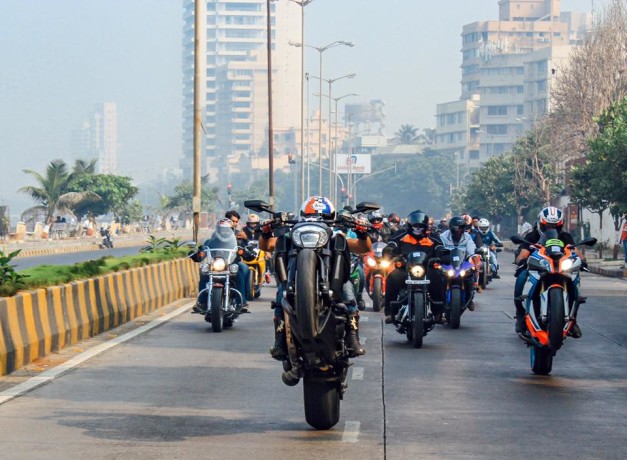 Bikes from Harley-Davidson included the Night Rod, Forty-Eight, SuperLow, Iron 883 and Street 750 while Honda’s mighty Goldwing was present alongside the CBR1000R. Suzuki made its presence felt with the legendary Hayabusa as well as the ntruder. And honestly, there were quite a few of these Japanese beasts around, making them hard to miss. Talking about Japanese, one could easily spot the few Yamaha R1’s and the Kawasaki Ninja at the event! Bringing some Italian glamour was Ducati, as the Monster 796 and 1200 along with the Diavel made the bystanders ecstatic; while the Aprilia RSV4 Factory and a few BMW S1000RR’s ensured jaws were dropped at the mere sight. The Brit bike lovers couldn’t be happier as the Triumph Bonneville, Daytona 675R, Street Triple and Speed Triple made the right noise on the streets. Making a rare appearance was the Limited Edition Ducati 999, as well as the Yamaha MT-01 at the event, which ensured to make the rally even more special for enthusiasts.

The energy was at optimum throughout the day and the visitors surely got to see one of the biggest superbike lineups ever in the history of Mumbai. The founder of Valve Autotainment, Vatsal Shah said,

“We saw tremendous support from the bikers themselves, and they too have been excited about the event since quite some time. They met new people, had a fun time and enjoyed the ride. I had great support from my team, who handled the event very well. Special credits to my friend, Ashok Chouhan, who made this event possible. Ignite the Passion was a great beginning for the many more exciting events to come in the future. Although it was the first version of Ignite the Passion, it was better than we had expected!

Hoping to schedule the next events soon.”

The rally was followed up with lunch that saw the riders share some hearty laughs communicating the need for more such events to be present in the city. 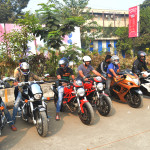 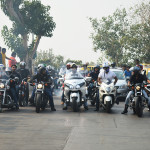 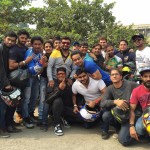 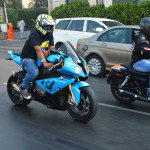 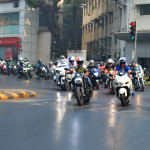 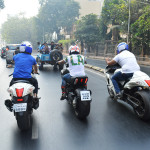