Late last-month, we had reported that Honda India is readying a new full-faired variant of the CB Hornet 160R. Right now, the company has not released any information regarding the specifications of the bike, but a new rendering of the semi-faired CB Hornet 160R have emerged – this time from Chennai-based publication, IndianAutosBlog. 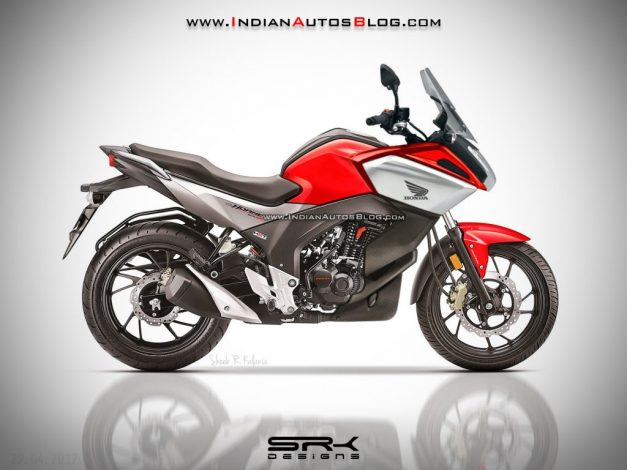 According to traditional Honda nomenclature, the ‘CB Hornet 160F’ will be a name used for a full-faired or a semi-faired CB Hornet 160R. Upon its debut, the faired CB Hornet 160F (possible name) will enter what is, arguably, the 150cc full-fairing motorcycle segment in the Indian market, where opponents such as the Yamaha Fazer and Suzuki Gixxer SF reside.

It’s unclear if the upcoming CB Hornet 160 would get a full-fairing or a half-fairing, but looking at the popular CB Hornet 160R having drawn design inspiration from Honda CX-01 Concept we speculate its faired-version to borrow design cues from Honda CX-02 Concept, which is a semi-faired adventure tourer (image seen below). 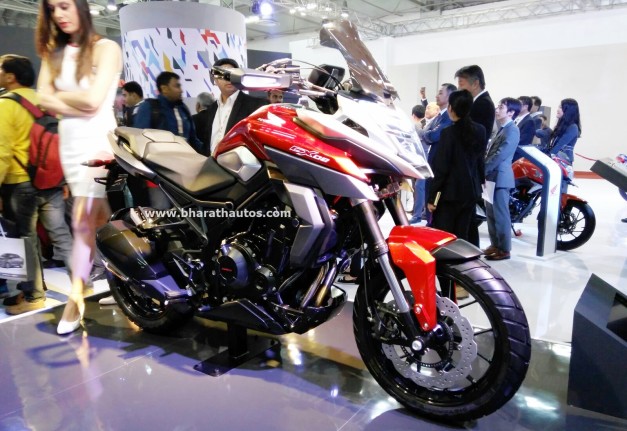 However, if the design is taken from the CX-02 Concept, logically the changes will be more than just an addition of fairing as seen on the Gixxer and FZ. As it will get a new body design on the side and tail panels too like what Duke is to RC siblings, though the fuel-tank will remain intact with tank extensions. It will also retain exhaust canister, alloy wheels, and the conventional handlebars instead of clip-ons, like seen on the CX-02 Concept.