The Hero Duet and Maestro Edge goes on-sale in India by the end of this month, and the reports claims that these new scooters have already reached some dealerships. 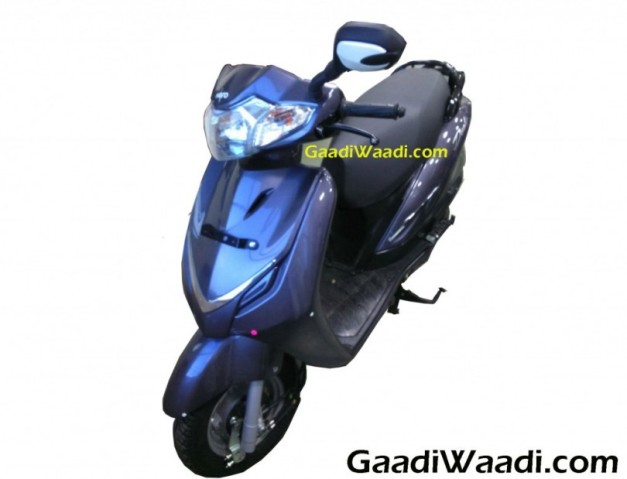 The Duet is a unisex scooter, which resembles more of Honda Activa in terms of design. It will feature an all-new metal body and V-shaped chrome applique on the front apron which makes a good visual impact. Further, it gets a 3D emblem, design chrome-finished rear panels, twin hold grab rail, silver finished instrument console with a digital display, silver silencer guard and storage box in the front of the footwell.

The Maestro Edge is mainly targeted to attract the male buyers. It is based on the standard Maestro, just like what Xtreme sports is like to the regular Xtreme. To add value, it will get some new additional features including sharp and sporty looks, new digital-analog instrument cluster, redesigned headlamps and tail lights, 3D emblem on the side fender, storage box in the front of the footwell and 5-spoke alloy wheels. 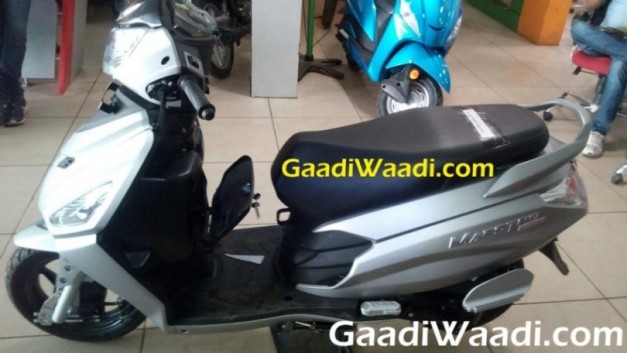 Both the scooters will be powered by the newly developed 110cc air-cooled engine that spits-out maximum power of 8bhp and maximum torque of 8.5Nm, paired to CVT gearbox. They will feature a telescopic suspension in the front, tubeless tyres and Integrated Braking System similar to Honda’s Combi Braking System (applies front brakes proportionately even if only rear lever is deployed).

The launch of the Duet and Maestro Edge was confirmed by Hero MotoCorp at the SIAM Annual Convention 2015. As the report states that the two new scooters have already reached few dealerships expect the bookings to commence soon.

Spied: Mystery Scooter, are you the Hero’s Honda Activa rival?