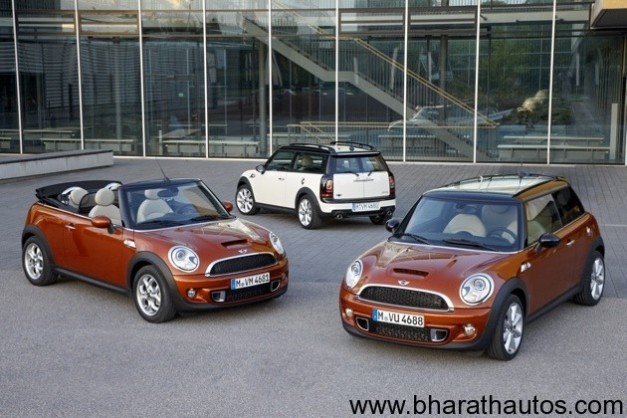 The Mini Cooper is going to attract a custom duty of 102% as it makes to the Indian shores as a CBU (Completely Built Unit). Delhi is said to receive the first two showrooms of the Mini followed by Mumbai. By next year-end the company is looking at establishing dealerships at Pune, Chandigarh, Chennai and Bangalore.

Considering the Indian market to be now fit for small luxury cars, German carmaker BMW has decided to introduce the range of cars produced by its wholly owned subsidiary MINI. Mini is its small car range produced in United Kingdom and Austria and was originally launched by British Motor Corporation. The small car Mini was first introduced in 1959 as a two-door and later its estate, convertible and crossover models also emerged. Later, in 1994 BMW took over MINI and the Mini cars were known as BMW Mini or New Mini. The present range of BMW Mini cars includes Hatch, Convertible, Clubman, Cooper and Countryman models. 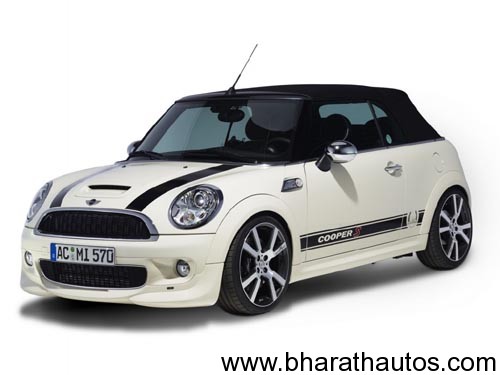 The BMW Mini will be available in both diesel and petrol versions. The petrol variant will be powered by 1598cc engine that has a maximum power output of 75hp at 6000rpm and a peak torque of 140 Nm at 2250rpm. In petrol, there will also be more powerful engine options available that churn out 98hp, 122hp, and 184hp. The diesel engine on the other hand will again be 1598cc with 90hp power and a maximum torque of 215 Nm at 2500 rpm. The other diesel engine options of Mini outputs as high as 112hp and 143hp. There will be either six-speed manual or six-speed automatic transmission on the Mini. In India, the BMW Mini is expected to arrive in front wheel drive version only.

The Mini will be a quick car as far as its acceleration is concerned and the BMW Mini First reaches 100 kmph speed from still in just 13.2 seconds while more powerful diesel powered BMW One D attains the same speed in 11.4 seconds. The crossover SUV model BMW Mini Countryman will also be available in four wheel drive versions powered by 112hp/143hp diesel engine and 184hp petrol engine.