Scheduled to hit the Indian market in August-2016, Aprilia has already announced the prices of its first scooter, the SR 150. An introductory price of Rs 65,000 (ex-Showroom, Pune) was officially announced.

The SR 150 will be marketed as a crossover, which combines a sports bike feel with a scooter’s readiness. It will be available through Piaggio Group’s distributor network across the country, and the bookings are expected commence shortly. To keep the costs-down, Aprilia will be locally producing the SR 150 at Piaggio’s India plant in Baramati, Maharashtra. 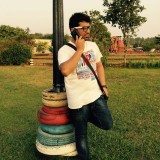