The India-bound Hyundai Creta facelift has been teased once again ahead of its Sao Paulo International Motor Show debut on November 10, with a pre-production prototype covered with black canvas. 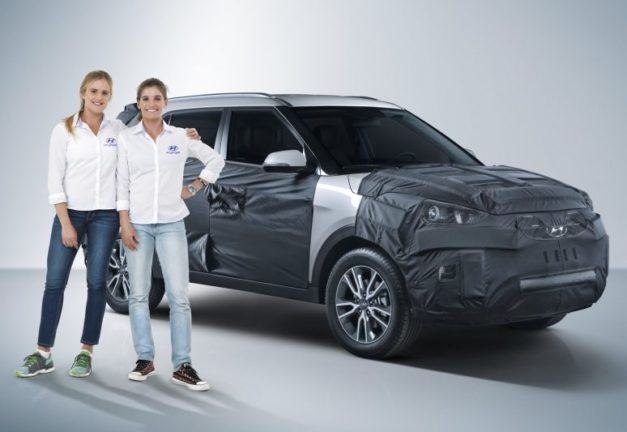 The refreshed SUV will arrive at Brazilian showrooms in 2017, however the India launch is likely to happen only in late 2017. The mid-cycle refresh features a wider hexagonal grille with chrome surrounds, horizontal fog lamps, redesigned bumper, and tweaked taillamps connected by a full-width chrome strip between the tail lamps.

Hyundai has confirmed that it will not use the ‘Hyundai ix25’ nameplate in Brazil for this facelift. Known as Creta in India, is a global version of the ix25 SUV, also called Cantus in some markets.

Checkout the speculated renderings below, after a jump.

To read more on Hyundai ix25 aka Creta, Click here 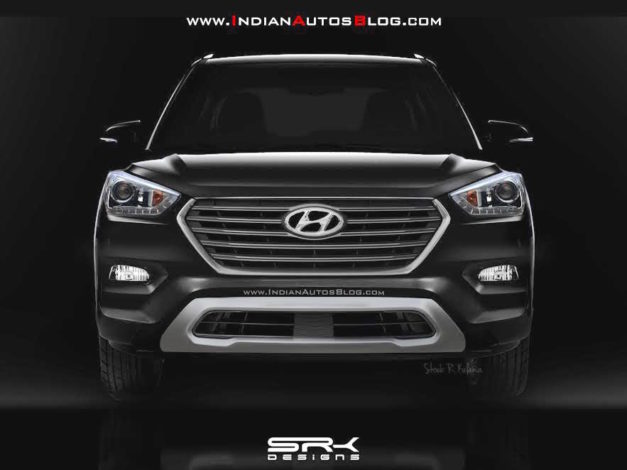 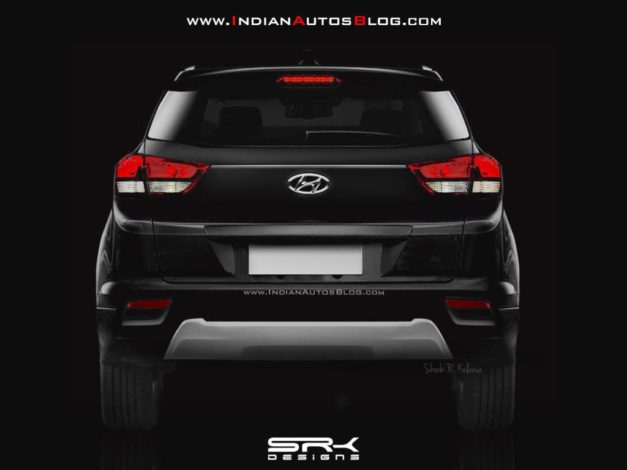