Suzuki has officially launched the 2015 Alto in Japan. This new model is not expected to come to Indian market anytime soon as the current vehicle is doing fairly good in the Indian car market. The 2015 Alto is based on all-new platform that makes it lighter by around 60 kgs. The 2WD 5-speed manual variant weighs 610 kgs. 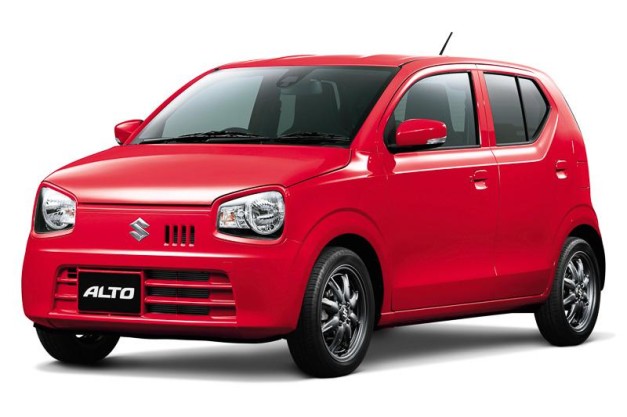 In terms of design, the front fascia of car gets kind of retro look with flat front and trapezoidal headlights. Instead of a radiator grill, the car gets a front panel that has four vertical open slats on one side, while the 3 slat air dam is also partially open. The rear end embraces bumper mounted taillights and dual fog lamps along with simple hatch door.

Inside the cabin, the 2015 Alto feature a beige-black dual tone flat dashboard with four AC vents, a 3 spoke steering wheel and a dash mounted gear lever. The dashboard layout is simple yet features a mix of circular and rectangular AC vents. The instrument cluster features an analogue speedometer along with a digital MID. 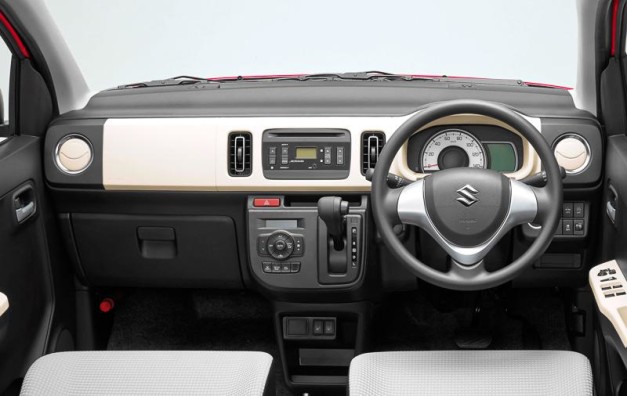 Powering the car is a 660cc three-cylinder petrol engine that churns out 54bhp of power and 63Nm of torque. This mill will come mated to a 5-speed manual or a 4-speed automatic gearbox. Buyers will get the option of a 4×4 model as well. The company is also planning a sporty Alto Turbo RS variant in coming months.