Datsun, the low-cost brand of Nissan will be commencing its sales in India as well as globally this year and it has lined-up all the right products for it. Its Datsun Go will go on-sale in March and the same will be soon joined in by the Go+ MPV based on it and if everything goes right, we might see a compact crossover based on the same as well in near future. Datsun has just showcased the redi-Go compact crossover concept and the Go+ MPV at the Auto Expo 2014. 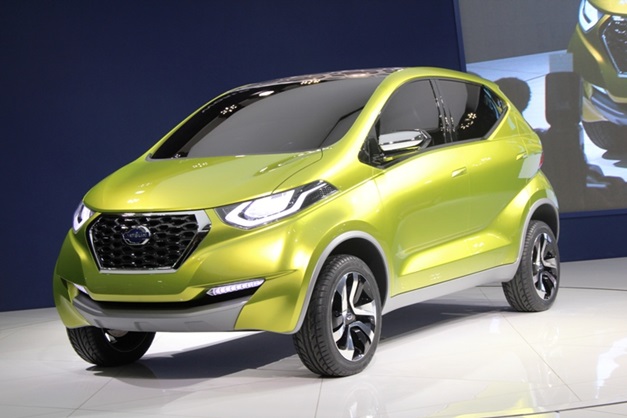 The Datsun redi-GO is a crossover concept which looks like a hatchback on steroids aiming to become a SUV. The car in its production guise might just be a rival to the likes of the EcoSport and will dent them in terms of pricing. The redi-Go is bigger than a hatchback but has SUV design and stance cues and if Datsun manages to make the production version of the 5-door hatchback something that is more suited to masses, it might have another winner on its hand. Expect it to be showcased in production guise later this year or early next year.

The second highlight of the stall was the Go+ MPV based on the Go hatchback which is expected to be an Ertiga rival with a price tag that undercuts the Ertiga by a wide margin of say Rs 1-1.5 lakhs when it launches. The MPV is under 4 metres in length and will get tax benefits, allowing Datsun to price it pretty aggressively. It will launch in the second half of 2014 and will also rival the Honda Mobilio MPV that will be launched soon in the country.

Datsun intends on getting about 10 percent of the market share by 2016 by launching two new models by 2016 apart from the Go hatchback. The Go+ will create an all new segment of sub 4 metre MPVs and might attract a lot of families ad cab operators whereas the redi-Go if it launches will be a nice alternative to your regular hatchbacks.

Check out another picture, after a jump. 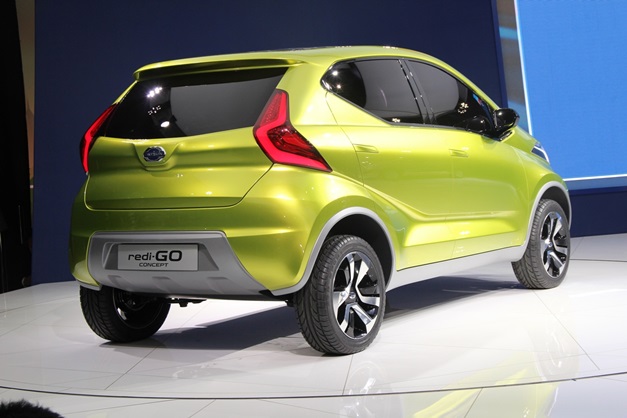