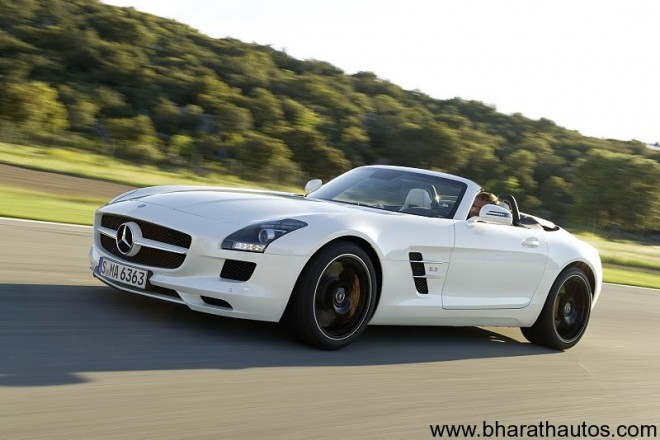 Mercedes has revealed its all-new soft-top version of the SLS AMG, which promises to be one of the most potent and exclusive cabriolets. The Roadster is due for a public launch at Frankfurt Motor Show in September and goes on sale later in the fall. The first production slots for right-hand-drive cars are available in November.

Aside from a few aesthetic tweaks and some new interior features, it is largely the same vehicle as its fixed-roof counterpart — a premium sports car for sure, but a little cold on the emotion factor. Still, those who complained about the coupe’s somewhat goofy silhouette will likely be pleased with the new Roadster’s more purely cigar-shaped exterior. Although it has the same mile-long midlife-crisis hood, the overall appearance looks far less thrown together and, frankly, just more elegant.

Thanks to the roof and its hydraulic motors, the Roadster is heavier than the coupé — but by a fairly modest 40kg. That gives it a kerb weight of 1660kg. Despite this, Mercedes claims very similar performance figures from the 563bhp 6.2-litre V8, with 0-100kph in 3.8sec and a top speed of 321kph.

Most importantly for all you convertible fans, Mercedes-Benz says that the fabric soft-top of the 2012 SLS AMG Roadster opens and closes in just 11 seconds and can be operated on the move at speeds of up to 50 km/h (31 mph).

Prices for the 2012 Mercedes-Benz SLS AMG Roadster will be announced closer to launch date. 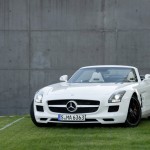 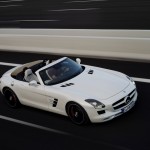 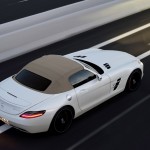 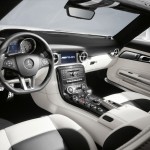