Mahindra’s range of electric cars will be available from November this year is what M&M proudly announces. The renowned utility car manufacturer with a tried and tested hand in the electric cars has outrightly denied that lack of infrastructure will not stand to be a negative factor in India anymore. Pawan Goenka, Mahindra and Mahindra’s head of Farm and Automotive sector has clearly mentioned that India could be the potential market for electric cars if the auto giants are willing to come up with options. 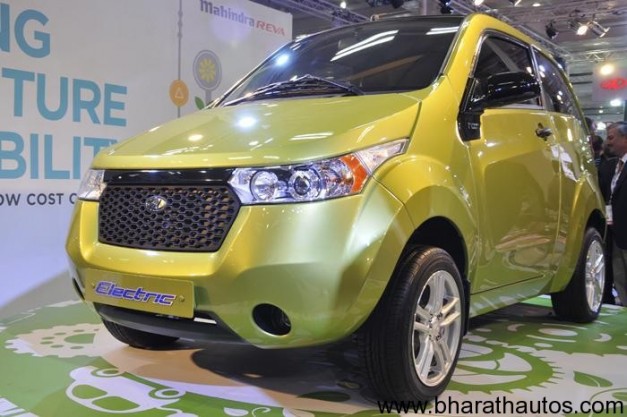 Driving home the point, Mahindra stood at the fore-front bringing two electric cars, Mahindra Reva NXR and Mahindra Verito electric to the Auto Expo 2012. Mahindra India has simply swept the show bringing 27 new vehicles for a display with passenger cars and commercial vehicles put together. The latest Revai version, Mahindra Reva NXR is nothing short of a wonder car with an exemplary fuel economy it boasts to offer. Visually also, the car beats any of the nearest competition featuring the Mahindra logo in the new car prominently powered by a li-ion battery with another option of a lead acid battery to match up with the rest. 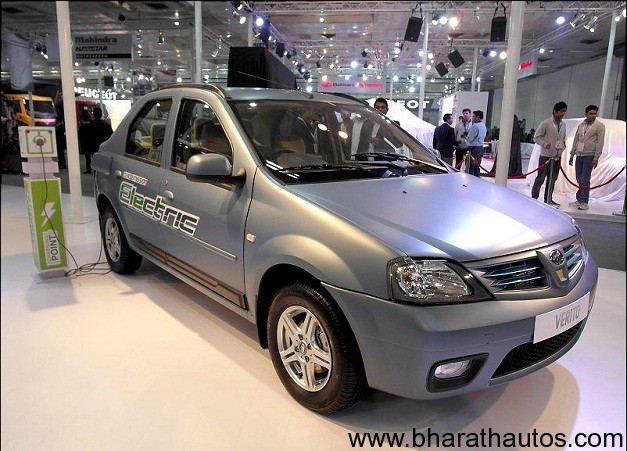 With a 160 km per charge mileage, the top speed of 80 kmph is stunning by standards.  Moreover, M&M has been overwhelmingly thoughtful with three-level battery options among which the user gets the choice to choose from them based on their day-to-day requirements. Mahindra Verito electric powered by the li-ion battery delivers a peak power of 29 kw with a phenomenal 100 km mileage on full charge and a top speed of 86kph. So, it’s just a matter of time before the vehicles are actually launched before the end of this year once the auto major decided to send the prototypes into real time production. SsangYong’s Rexton and Korando E from Mahindra managed to garner maximum uproar from among the crowd.