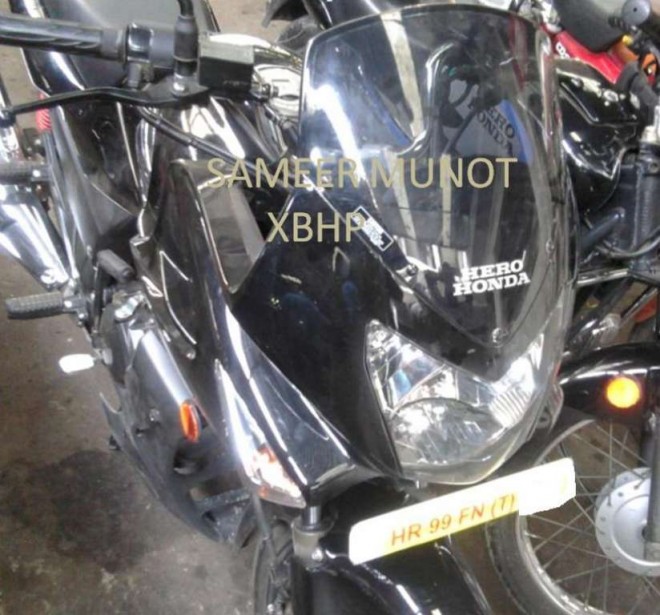 A member from one of the leading two-wheeler forums in the country have managed to click spy pictures of the 2011 Hero Honda Karizma . Hero Honda will launch a new version of the Karizma soon. But we are damn sure that there won’t be any technical upgrades to the bike. Interestingly some of the features have been borrowed from the Karizma ZMR and the new Karizma  no longer boasts of R anywhere on it. The new Karizma is expected to be launched by this month end. Here’s a list of changes on the new bike;