SUV segment is picking-up very fast in the Indian market over the past couple of years and very car maker wants to benefit from the hype. The latest model in this segment was launched by Hyundai in the form of Creta, which became an instant hit. Tata motors has a variety of SUV`s which are more popular among the taxi service industry rather than individual users. 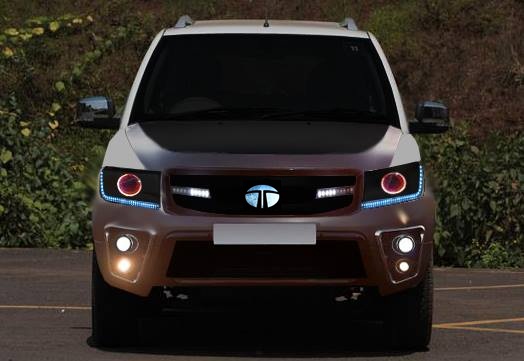 But, Tata is all-set to change that with its new SUV which be based on the Harrier platform, The new SUV is said to be powered by a 1.5-litre diesel engine from Fiat, and will not be longer than-4-meters. The new SUV will be a competitor to SUV’s like Duster, Creta and Terrano.

The Harrier is a monocoque platform that will be used to make other Sedans and Utility Vehicles which will likely be sold above the 9- lakh mark. Apart from the Harrier platform Tata Motors is also working on developing vehicles on the Raptor platform. Both the platform are being developed by Tata with inputs from Jaguar Land Rover.

(Note: The above show pictures is for representational purpose only, however, the actual Tata SUV may defer from the model shown here.)