With Tata Motors having confirmed the launch of the Tata Bolt for January 22nd, we were expecting to see the hatchback arrive at dealerships for demo and test drive purposes. These photos were snapped at Auto Matrix, Tata Motors dealership in Mangalore. This is the first time Tata Bolt demo cars spotted.

Dealerships pan India has started receiving their Bolt for customer test drive purposes. The Bolt’s teaser website is live, and you can book a test drive in it. We observe that the demo petrol variant of Bolt is Red with a White decal, while its diesel counterpart is Silver with an Red decal. Both the cars on the side saying “GET. SET. BOLT.”.

The Bolt is a B-Segment hatchback that replaces the Vista globally. An interesting feature in this car is the three shift on the fly driving modes – Eco, City and Sport. Performance is best in ‘Sport’ mode while the ‘Eco’ mode promises better mileage. When neither of the modes are activated, it runs in the ‘City’ mode – a balance of both. 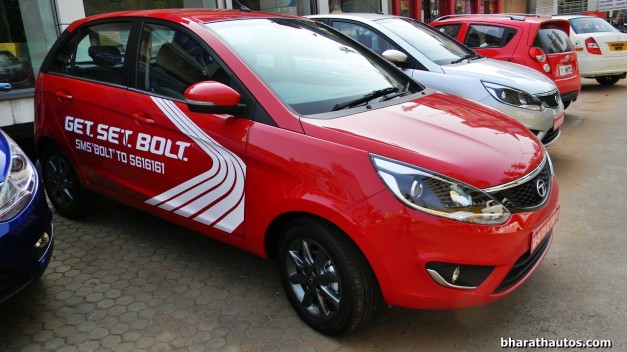 The bootlid carries the ‘Revotron’ badge and visual differences go only this far.

Expected to under-cut the segment king Maruti Swift when it goes on-sale in January 22nd, the Tata Bolt is a hatchback to watch out for. 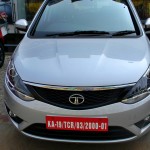 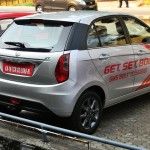 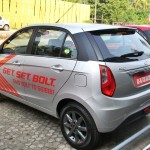 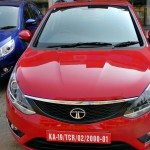 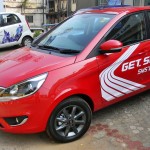 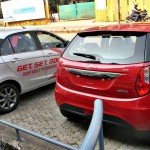 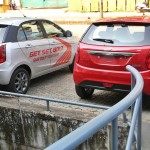