Tata Motors all-set to unveil their much-awaited electric sedan, the E-Vision soon. The sedan will be unveiled at the 2019 Geneva Motor Show next-month. As per reports, it will be a production version of the vehicle and launch can be expected to take place soon.

Tata Motors believe that unveiling their latest products in Geneva presents them an opportunity to expand their global image. Coming to the E-Vision, Tata Motors showcased the concept version of the EV in Geneva 2018. The Tata E-Vision concept was in a way a design preview of Tata Motors’ first-ever C-segment sedan that would compete with the Maruti Ciaz, Honda City and Hyundai Verna.

It will be based on the an all-electric version of the Omega platform. This platform can be enabled to cars with different body styles, be it a hatchback, sedan or a SUV. On design, the E-Vision will inherit Tata Motors ‘Impact 2.0’ design philosophy.

Tata Motors will also be introducing products like the 45X and the H7X concept during that event. While the former is expected to be launching here soon, the latter will be undergoing development to make it to production shortly afterwards. An electric version of the 45X is also set to be showcased, which may be coming here later on.

Tata Motors did launch the Tiago and Tigor EV here not long ago. With the production version of the E-Vision coming here, we can expect it to receive a good response here. The E-Vision will also mark Tata Motors entry into an uncharted territory for them, which is the mid-size sedan segment, albeit in an electric form. 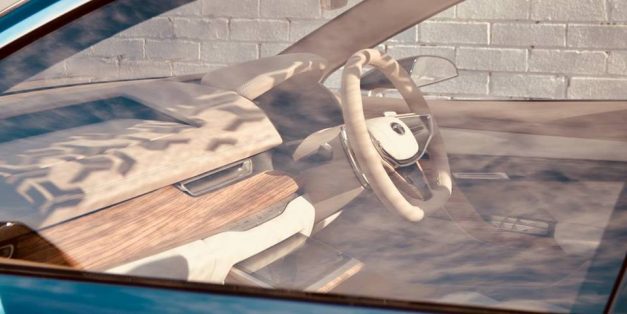