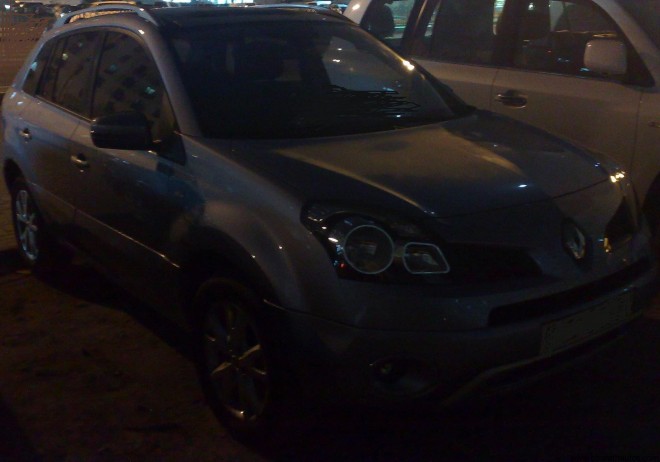 Renault’s latest Compact SUV will enter the Indian Markets soon. Thanks to Abhishek Chaudhary, a member NDTV Car and Bike Facebook page, we are able to bring you some spy shots of Renault Koleos caught in Pune.

Though the image reveals nothing about the car or its features, it indicates the launch isn’t far away. The paint finish is very impressive & note the absence of the badge at the rear (pic below).

Renault is most likely to offer only the 2.0L diesel version of the Koleos in India. With the 1995cc engine under the hood of the car, the engine of the Koleos produces 148 bhp and a torque of 319Nm@4000 rpm. The wheels of the car are smaller as compared to its to be competitor-the Honda CR-V. The CR-V boasts of 225/65 R 17 wheels where as the Koleos are based on 225/60 R17’s. With a 450-litre boot space, the Koleos is all geared up for a weekend holiday as well. The wheelbase too is broad enough to seat five adults comfortably. 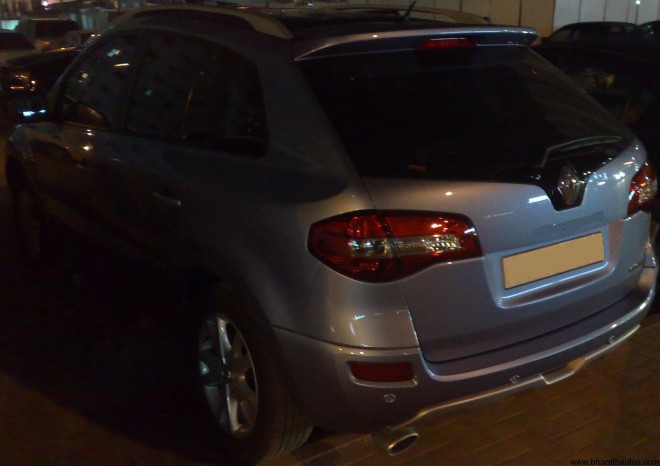 The price of the car is said to be in the range of 18 to 20 lakh. The six-speed manual transmission will prove to be a cause of worry for the other competitors in the segment as far as the pricing of the car is concerned. There are a lot of features offered this will surely heat up the competition in the segment. With the Fluence and the duster on the way, Renault has targeted the crowd across segments. Only time will tell the fortunes or otherwise of this company.