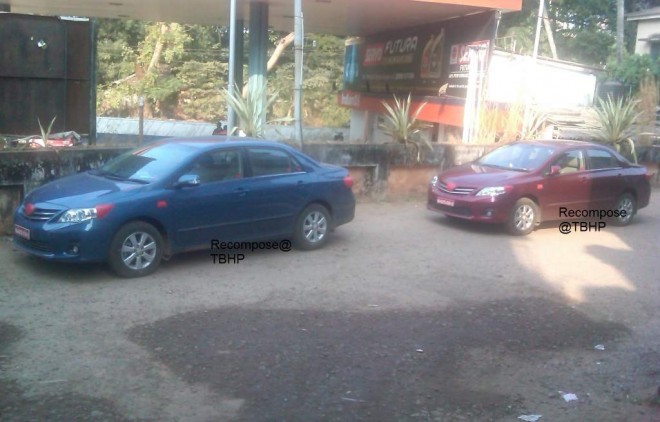 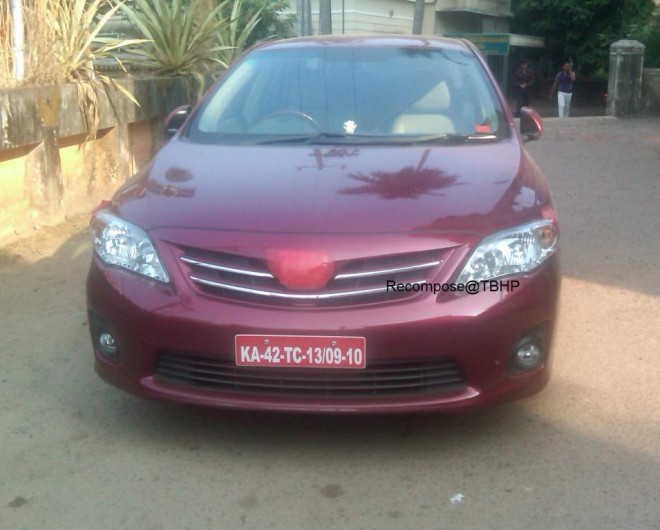 From the spy images, you must have noticed that this is not a major product overhaul, but a minor facelift. The headlamps have become sharper along with a new front bumper. The tail lamps have also been given a new looks. There is a new rear chrome lip (borrowed from the Etios anyone?) Interior hasn’t changed much except for some chrome garnish on the steering wheel and on the gear knob. Apart from that, everything pretty much remains the same. 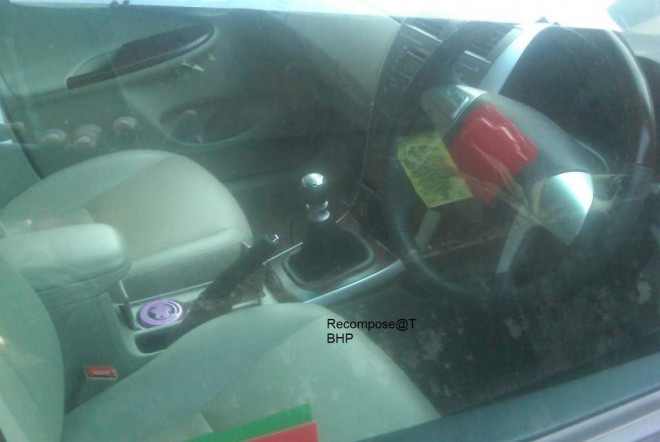 If it is a minor facelift, why is Toyota testing it so extensively? Is the 1.6L 120 bhp petrol heart in the 2011 Altis rumors indeed true? If they are then expect a major shakedown in the C+ sedan segment. Currently, the C+ sedan segment is dominated by the Honda City. The moment the Corolla enters this segment, all the major contenders such as SX4, Vento, soon-to-be-launched Fiesta, will face severe heat from the brand ‘Toyota’. The 1.6L version has been the highest selling version over the years and its seems like the time for its India launch is right. 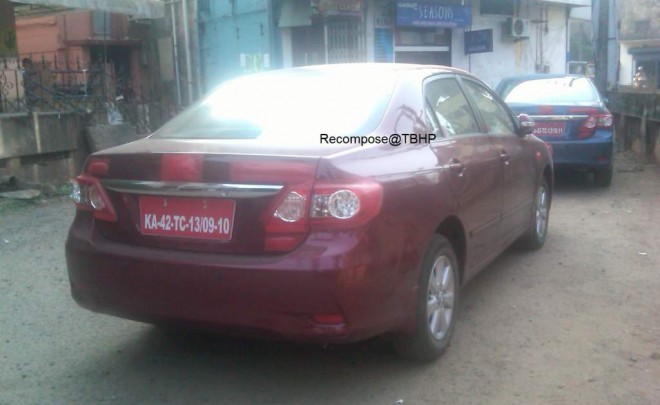 The company is testing the car to the fullest extent to make itself correct in every aspect before launching. Expect the car to go on sale in the next 3-4 months.