KTM and Bajaj Auto have launched their second bike ‘390 Duke’ in India. Indians have already tasted the unique styling of KTM and it got a really warm reception with over 1,500 bookings in less than 2 months of its launch in our market. The 390 Duke was launched in June for Rs. 1,80,000 (ex-showroom Delhi) and currently commands a 90 day waiting period.

The 390 Duke is identical to the 200 Duke in terms of styling and features, save for ABS, which is only available on the bigger engined model. The eye-catchy part of the KTM 390 Duke  is the orange painted side steel frame and wheels, also thanks to the freshly designed bold ’390′ graphics which gives the bike, a final-touch. The paint too signifies that it is something special.

Unlike export versions, India-spec KTM 390 Duke gets sari guard and a tyre hugger. The gap between its rear fender and tyre gives the explicit naked look to this bike. The 390 Duke has an extended yet compact fender which features its small LED tail light on its top. For now, the 390 Duke is available in only white shade. It is expected that KTM may introduce 390 Duke in orange and black in near future.

Features all-digital instrument cluster like we have seen on the 200 Duke. It has a square shaped orange colored LCD which displays its digital speedometer, odometer, tachometer, 2-trip meter and fuel gauge. The other essential LED indicators are placed around this LCD. ABS is standard on the bike and can be switched off via a switch.

The KTM 390 Duke is powered by a 373cc, single-cylinder, fuel injected, four-stroke engine that spits out 44 Bhp and 35 Nm. This engine gives the 390 Duke explosive acceleration of 0-100 Kph in 7 seconds and a top speed of over 160 Kph, but actual bike can achieve higher than this. The motorcycle gets a 6-speed gearbox with a tall 6th gear for more-relaxed highway cruising manners.

The Duke is a product designed, developed and produced at Bajaj’s Chakan plant near Pune. The 390 Duke will be sold both in India as well as abroad as Bajaj’s Chakan factory is the global sourcing and export hub for small capacity motorcycles bearing the KTM Duke moniker. Bajaj Auto holds a near 50% stake in Austrian motorcycle maker KTM.

Like the export version, the Indian version of the 390 Duke gets ABS and Metzeler rubber. It astonishes you the way it handles off-road. Its compact handle bar helps this bike to move frequently while its sticky Metzeler tyres provide commendable grip. Stunt riders are also going to love this bike as you can turn-off its ABS and do all the stunting. Its light weight gives you tremendous confidence while performing stunts.

Bajaj Pro-Biking has officially confirmed that the nationwide deliveries of their recently launched ‘KTM 390 Duke’ will embark from the end-September 2013. The motorcycle will be sold and serviced through all 72 KTM (Previously ProBiking) stores across India. The price tag mentioned at the launch was said to be introductory, but there has been no indication of any hike as yet.

Verdict – If you want a sportsbike like performance at a price of two lakh rupees, you need to ride home the 390 Duke. Also, its an extremely powerful bike which is fuel efficient as well. 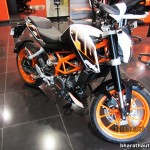 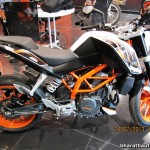 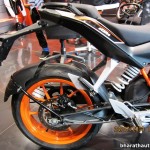 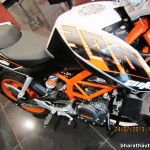 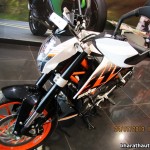 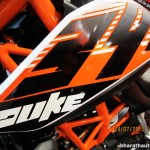 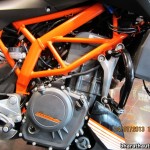 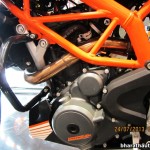 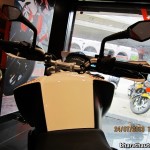 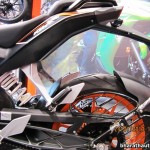 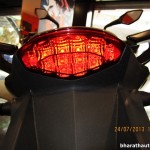 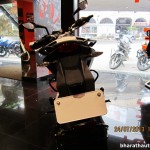 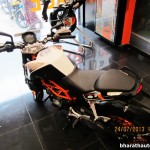 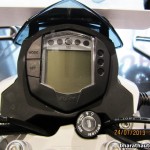 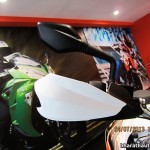 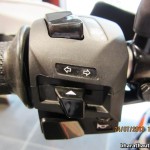 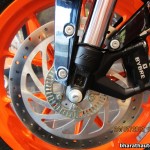 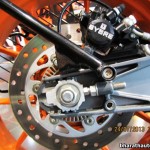 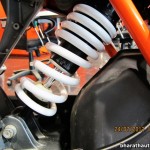 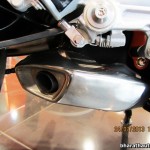 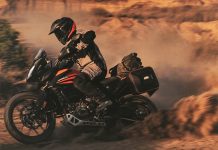 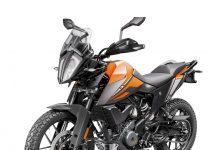