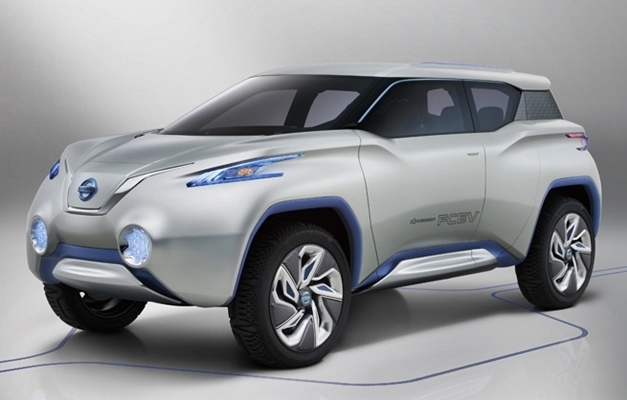 Nissan has dropped the first images of its upcoming TeRRA SUV Concept that will make its world debut at the 2012 Paris Motor Show later this month.

The Nissan TeRRA SUV Concept is a zero-emissions, all-wheel-drive fuel cell vehicle that has the front wheels driven by an electric propulsion unit as seen on the Leaf and rear ones by individual electric motors. The 2.5kW/L hydrogen fuel cell stack is placed under the bonnet. Since no drive shafts are required, there is no hump in the cabin floor, thereby maximising the space.

Inside the cabin, the door panels are made of coloured acrylic and wood trim. The wood/metal contrast continues across the dashboard and the meter console is slightly tilted towards the driver. A unique electronic tablet acts as the centre console that can also be taken away and used as a tablet computer. 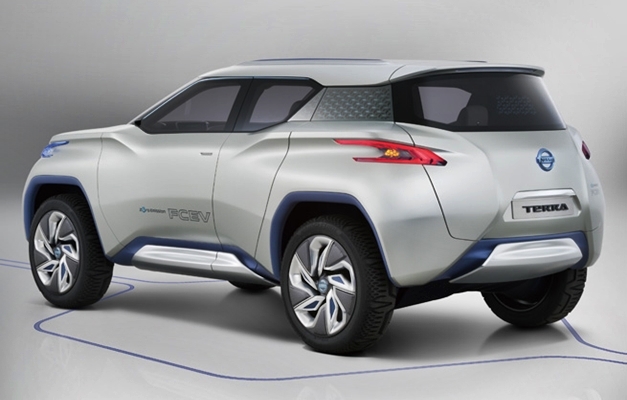 The company has made it clear that the TeRRA remains a concept until hydrogen refilling stations becomes widely available and they can think of mass producing it.

What we say? In future if Nissan decides to launch the TeRRA SUV Concept in India don’t expect the car to be named as ‘Terra’ because this name is already owned by Eicher Motors in India.