The German car manufacturer, Mercedes-Benz India yesterday launched the all-new 2014 Mercedes E-Class facelift with two engine variants – E200 CGI petrol and E250CDI diesel. The E250 will be sold in two trim levels – Avantgarde and Limited Edition. This has been company third launch this-year after, the new GL-Class SUV and A-Class premium hatchback. The new 2014 E-Class gets a refreshed design with this mid-life update.

Compared to the outgoing-model, The most obvious change is with the setup of the new bumper and headlamps, as the split headlamp assembly is now wrapped in a single form with LED elements for the low beam and DRLs (daytime running lamps). The front fascia of the new E-Class gets a new grille, redesigned headlights with LED daytime running lamps, making it look more aggressive than before. The rear end of the new E-Class adorns a revamped tail lamp cluster and exhaust tips.

On the inside, the cabin gets a revamped dashboard, Ash wood fittings, Napa leather upholstery, new sportier steering wheel with gear-shift paddles (standard), the air-con vents have been redesigned and the controls beneath the audio system’s head unit are new as well. The dials are new, the COMAND system gets a new screen and Merc is bringing in a satellite navigation and a DVD player as well. Safety features include Brake assist with ESP, and there’s the active bonnet. There’s the Panaroamic sunroof too.

The company has removed the top-end E350 CDI model from its lineup. The car offers an excellent fuel economy of 18.6 kmpl and 22 kmpl for both petrol and diesel model, respectively. The new 2014 E-Class Energising comfort improves ride comfort everytime. 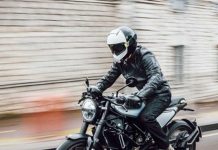 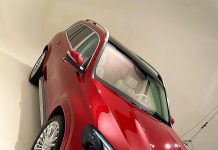