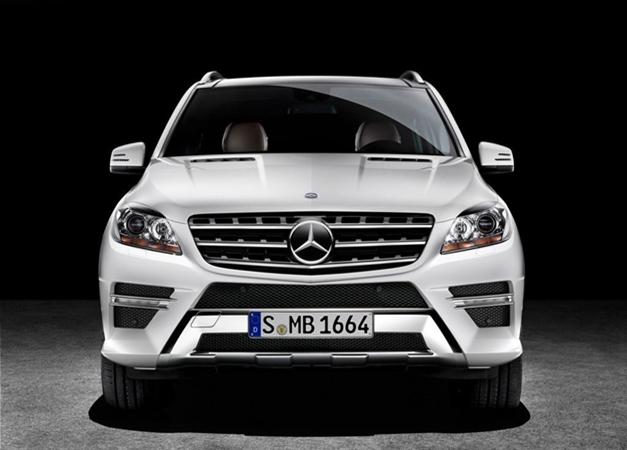 Last-month, we reported that Mercedes-Benz reported is aiming to assemble their SUVs M and GL-Class in India by early 2013. Today the company launched their first assembled car in India M-Class, the ML250CDI. The ML250 CDI is priced at an attractive Rs 46.5 lakh (ex-showroom, Delhi), which is Rs 10.4 lakh cheaper than the more powerful 350 CDI variant. Mercedes has aimed the ML250 CDI squarely with the likes of the Audi Q5 and BMW X3 which are actually a segment lower.

Apart from India, the company will also start assembly operations in Thailand and Indonesia. Mercedes Benz has also started proceedings for finalization of production sites in these three regions. This will be the first time that Mercedes Benz is conducting assembly operations of SUV models outside their parent plant in Tuscaloosa, Alabama, USA. Once production operations of the M Class in India, Thailand and Indonesia commence first units of the new GL Class will also be produced from semi knocked down kits in India and Indonesia from 2013 onwards.

Currently, Mercedes Benz assembles C-class, E-class and S-class at their Chakan plant near Pune, India. Vehicles assembled from semi knocked down kits will attract less import duties and this will go a long way in maintaining competitive pricing of Mercedes Benz SUVs. Today the company also inaugurated a new paint shop at their Chakan facility.